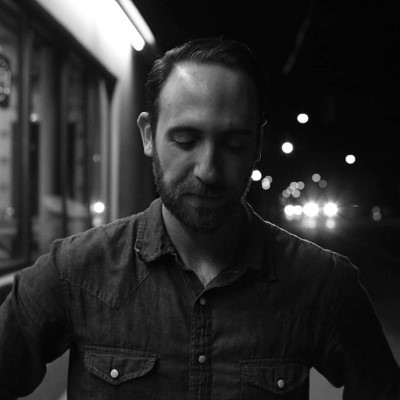 “I was going through a rough couple of weeks and, one morning, took it out on someone I cared for deeply,” the Toronto-based troubadour reflects on the third single from the album, “Rest Well In The Blue Night.” “I was getting ready to head out the door and got into a very short and explosive argument; I threw my words around like daggers.

Fuelled through my own frustrations, I only ended up hurting someone trying to care for me. I made my way to the train and knew I was going to sit with that anger for quite a while until we saw each other again.

When my anger turned to regret, the sun was starting to set and there was a dark blue sky melting over the day,” he continues. “I took out my notebook and wrote the lyrics to this song, atoning for the hurt I caused.”

Check out “Rest Well in the Blue Night” below and find out more about Stan Simon via our Five Questions With segment.

Hi there, I’m Stan Simon. I live in the east end of Toronto and I’ve just released my third album, “Songs From Strange Places”. Outside of music, I’m a giant nerd and am expecting a baby boy in October so I am also preparing my dad bod.

I try to let songs come to me naturally and write about what I know and what I’ve seen. For me, that is the best way to ensure I’m making honest music and music that can speak directly to the listener. That connection is very important to me and I think writing folk and country music lends itself to creating that bond. When I first write a song, it needs to be able to stand on its own with just vocals and guitar. Whether I add instruments to it later is the fun part.

Prior to the pandemic, I had a whole tour booked to celebrate my now released third album, “Songs From Strange Places” but until we can all enjoy live performances safely again, I don’t have anything booked. I’ve done a few live streams and released a few live videos and including one we recorded during quarantine. Every band member recorded their own part and we put it all together for “Everlasting Love”, which you can find on YouTube. It was great to be busy and work on a project like that. Now I’m planning to record a live performance of some of the lesser-known songs from my new album that will hopefully come out in either August or September. As for my live performance, I like to tell the stories behind my songs before I sing them, talk to the audience, and play some covers between my originals.

I would have to say my new single, “Rest Well In The Blue Night”. It’s about the moments where our anger gets the best of us and I wrote it to atone for that. It has the best elements of what makes up my new album lyrically, emotionally, and highlights the level of musicianship of the people that play on it. Coincidentally, it was the first song I wrote for this new album before I even knew I was writing an album. It’s the best music I’ve made and I think “Rest Well In The Blue Night” is a good representative of that.

Canada is so rich with talent that I’m sure I’m going to miss someone. I’ll start with Leonard Cohen. Songs of Love and Hate really turned my world upside down for the better. The open track Avalanche was like nothing I have ever heard before. Buffy Sainte-Marie is also one of my favorites and I absolutely love her album “I’m Gonna Be A Country Girl Again”. It was one of those albums that put real country music on display for me. Another songwriter I love is Hayden. We are from the same town and I’ve listened to him when I was a kid in the ’90s. Skyscraper National Park, Elk Lake Serenade, and Us Alone have been albums my wife and I listen to often – especially on road trips!