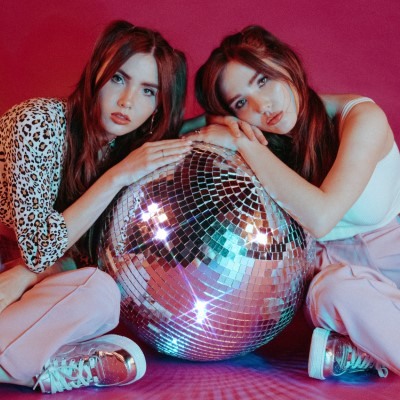 Vancouver Pop duo Fionn release their new EP Everyone’s a Critic on July 17. The six-track EP was produced by 604 Records’ own Kevin Maher from Fake Shark.

Sisters Alanna and Brianne Finn-Morris, the duo that is the band Fionn, were born into a musical family. It was inevitable that they would begin “performing together since the age of 12” and “playing nearly 100 shows a year” by the age of 14. The pair is often described as “young women with old souls.”

According to the duo, Everyone’s a Critic, is “an album based on our experiences after we released our first record, moved into our first apartment and dove into the existential waters of our twenties.” They took what they learned, along with any criticism they may have received, during the creation and release of their first album as inspiration moving forward. “We’ve learned quickly since building a platform that a lot of people are more than happy to say what we should be doing or what we have been doing wrong. Growing up in Gen z especially, the internet has been the perfect platform for unwanted criticism, whether it be of one’s self or others. We are used to sitting behind the veil of our phones, projecting insecurities onto those we love, hate or envy. What this all boils down to is the revelation we have come to in the last two years of feeling lost, confused, depressed yet overjoyed. Everyone’s a Critic, therefore make your mistakes, follow your bliss, and carry on. It has been a liberating conclusion to come to.”

Their latest music “boasts a modern alt-pop sheen that’s uniquely theirs.” With their singles ‘Get Stoned’ (released late 2019)  and ‘Mattress on the Floor’ (released earlier this year), it has been said that “they’ve evolved from their stripped-down acoustic stylings to their newfound hybridity” through their combination of “folk roots and a ‘70s swagger with a boisterous and jubilant indie-pop aesthetic.”

Along with these released tracks, the EP is brought full circle by “bringing together the best of today’s contemporary with vintage pop” with the addition of three more tracks, “Forgive Me”, “Everyone’s a Critic” and “Let Me Be A Flower Child”.

“Forgive Me” is a catchy tune with darker undertones placed within the lyrics. Their creativity shines throughout the lyrics and presentation. “Everyone’s a Critic” is a catchy tune that allows you to feel the music in your bones as you have no other choice but to move along to the beat. It is overflowing with the vintage pop feel they boast. The lyrics have some vivid imagery, with the addition of alliteration. It all seemed to roll along, creating atmosphere and feeling throughout the track. The vintage theme continues with “Let Me Be A Flower Child”, a track with a melody that leaves you with a dissonant, warped floating feeling.

“Modern Medication” is their latest single. This track “turns up the volume on their pop sensibility with it’s fun, danceable beats and the sister’s radiant harmonies.” This may be one of my favorite tracks on the EP. The little broken down ‘spoken word’ section in the middle of the song will definitely capture the attention of the audience, along with lyrics that seem to talk about obsession with the physical appearance. This is something that many can relate to in today’s society.

Since their 2017 debut of “Skeleton”, the duo have accumulated over 700K streams, peaked in the Top 5 on the CBC Music charts, and have had their music featured among many playlists. With a pretty impressive resume so far, Fionn is headed for many great accomplishments. Take a minute to check them out. You won’t be disappointed.