Lexxicon releases video for new single, “I Don’t Deserve You” 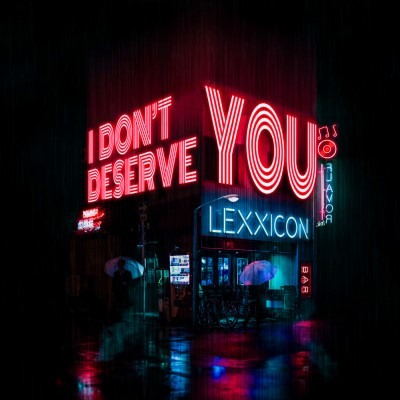 Toronto-based Hip-Hop Dancehall hybrid Lexxicon has released his latest single and video, “I Don’t Deserve You”. This is the first single from his forthcoming album, Tropical R&B, set for release on August 14, 2020.

According to Lexxicon, “I Don’t Deserve You” is about “finally finding someone to face the world with, who treats you with kindness, love, and understanding. While grateful for finding this companionship there is still a part deep down where one feels undeserving of this type of affection.”

The lyrics ‘nothing’s Guaranteed in a lonely, lonely world’  are used to “sum up the feelings of knowing that this kind of love is rare but also won’t last forever.” Lexxicon states that “sometimes when you finally get the love you deserve you don’t know how to accept it and you feel unworthy. You can still feel shame even when showered with unconditional love, especially when it’s something that’s new to you.” This is definitely a track that many of us may be able to relate to. It is definitely a catchy tune with so much meaning behind it, enhancing the feeling behind both the lyrics and the beats.

Lexxicon is described as “the definition of passion and persistence, ”with the ability to consume his audience with “the intense energy that radiates through his music and live performances.”

With a pretty impressive music career to date, Lexxicon continues to share his Jamaican-Canadian heritage and has an active role in Toronto’s arts community; including “a rising showcase series called AfroWave Toronto that advocates for Dancehall, Afrobeats and Reggaeton representation in the local music scene.” With a description like this, Lexxicon is sure to find success as he continues to pursue his passion.