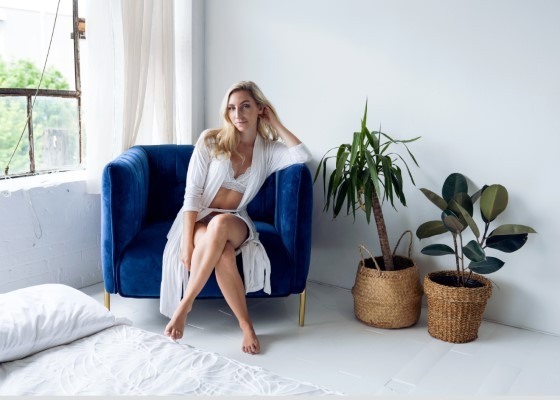 Country songstress Sarah Wickett is continuing to make a name for herself with the release of her new single, “What We Do.”

The Toronto-based artist has been releasing songs since 2013’s “Do You Miss Me” but she’s been writing her own material long before. Growing up in Beaverton, Ontario she took to music instantly, sharing this passion with her family. Her move to Toronto was the first step to becoming a name in country music.

Over the course of her budding career, Wickett has shared the stage with national names like Bobby Wills and Wes Mack. She’s been a featured artist on Canadian Music Week, and in 2017 she was showcased at the Canadian Country Music Awards.

We caught up with Sarah to find out a little more about her roots, her songwriting, and her dreams in country music.

What was it about country music that spoke to you growing up, and more specifically, when you began carving out your own career?

I grew up in a small town so songs that reflected that small-town living were always songs I enjoyed. I was very inspired by Shania’s sound. When her career took off, it was really inspiring and that was when I really started believing it was possible for a small-town Canadian gal like me to do the same thing she did. She paved the way and I’m so grateful it was her.

What have you learned from some of the Canadian artists you’ve shared the stage with over the past few years?

That anything is possible if you want it bad enough. AND that although we’re smaller scale, Canadian country artists are some of the most talented people I’ve ever met and we’re doing big things! I’m so happy to come from such an inclusive country and industry.

What’s been the greatest lesson the industry as a whole has taught you?

There is so much help out there if you just look for it and aren’t afraid to ask for it. A lot of times I used to hold back on asking for help because I wanted to do everything on my own. But I know now that there are so many people that know so much more than I do and have valuable information that they’re just waiting to be asked about.

You’ve released your third single in 2020, “What We Do.” Take us through the creation of the song. Was it as fun to write as it is to listen to?

And then some!! This song was SO fun to write especially because it’s so personal to me. I’m letting you guys in on a lot with this one! It was probably one of the easiest songs I’ve written because every lyric came so naturally and it just made sense.

The industry is going through something it has never experienced. With live shows and indoor venues being unable to open, how have you been navigating this as a new artist?

It’s been kind of cool being a musician in such a crazy time. It’s allowed me to be so creative. I’m not distracted by my side job. I’m just solely focused on music. Not a lot has changed for me if I’m honest. Other than not being able to perform live on stage and the award shows being canceled, I’ve been releasing music. I’ve been playing online live shows. I’ve been able to connect with fans from all over the world which has been really cool. I’m songwriting more. Everything’s been surprisingly good.

Are you planning on releasing more music in the upcoming months? Are there any songs in the works?

Absolutely! I can’t wait for you to hear what’s coming next. There will be another song coming out in the fall and that song is something so different and something I don’t think has ever been done before. Following that, I’ll be releasing my sophomore EP in early 2021.

When you think about the longevity of your career, are you working with any specific milestones in mind? If so, what’s on that bucket list?

Boots and Hearts is definitely on the bucket list because I feel like that’s my hometown festival and so I’m dying to play it. Taking one of my songs to US radio is definitely something I can see happening in the near future. And I’d really love to do a worldwide tour to see more of our beautiful planet while playing music for some wonderful people.