Five Questions With Taken For Granted 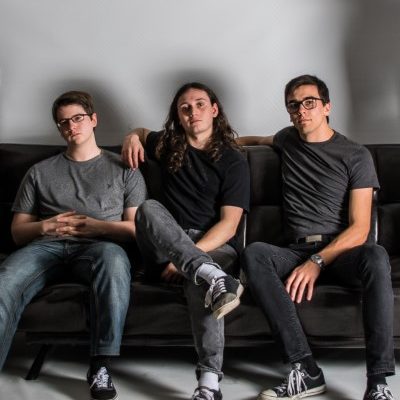 Montreal, QC-based Taken For Granted have released their energetic and uplifting album, Polarity today. The album features their previously released single, “Trust and Shine“, which demonstrates the band’s mastery of pop-punk instrumentation. The song conveys a message to stand strong for what you believe in the face of backlash.

Check out the album below, and find out more about the band via our Five Questions With segment.

We are Taken for Granted, an Alternative Pop/Rock 3-piece band from Montreal. We have been playing live since 2016 and have had the chance to tour across Eastern Canada and our songwriting MO is catchy melodies with strong rhythms and well-thought-out harmonies.

We like variety in our songs while keeping it grounded in the guitars that makes our sound ours. A lot of synths come into play, and harmonies are a must for a Taken for Granted composition. Especially with the new album coming, I think we have managed to really define the outline of what makes a song ours. Despite the very guitar-driven nature of our music, most songs start out with either keyboards or vocals, and then we work from there to make them a complete piece. This mix of heavy and pop is really what drives our music.

We had a few lined-up shows for the summer, but they all fell through with the current COVID outbreak. We are working on some shows in the fall, so it’s not over quite yet! We like to say that coming to our shows is either like going to a metal show where the band plays pop songs, or to a pop show where the band plays metal songs. Either way, it’s a mix of down to earth rhythms with pop melodies and key parts that blend in. We have an energy and a drive that, from what we’ve been told, can really move the crowd.

That’s always a tough one, we have over 20 songs now and choosing the right one to show off is difficult when you feel as close to your songs as we do. That being said, the song that possibly gives the best idea of what it’s like to listen to Taken for Granted would probably be Trust and Shine. It talks about how you should always push towards your dreams and ignore the bad mouthers.

There is a lot of great Canadian music being made every day, so we can’t possibly list them all, but some of our current favorites are Silverstein – their new album is awesome, definitely worth a listen, Billy Talent, Three Days Grace and Simple Plan.