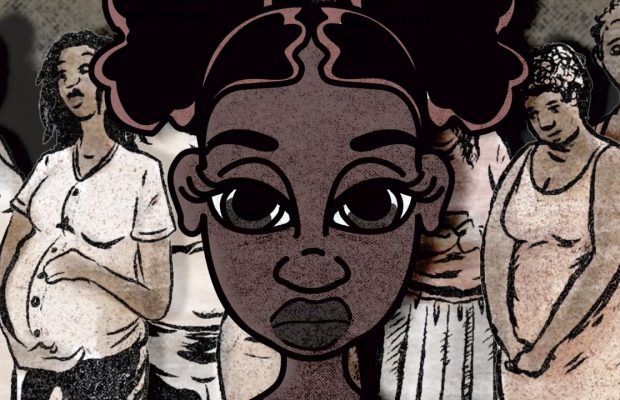 Illustration and video by Theo Kapodistrias

According to Haviah Mighty,

“Thirteen speaks factually and candidly, to the painful journey of Black people in North America. And it speaks to how that journey has morphed into continued racial prejudice, using the media and using the law. To get rid of white supremacy is to identify it at its root. I hope when people watch Thirteen, they feel moved to do their part in reversing white supremacy. I hope we can begin to see one another as equal – a dream I’ve always hoped could one day be a reality.”

The video itself references “the Thirteenth Amendment abolishing slavery, [and] the lyrics and accompanying illustrated video by Toronto artist, Theo Kapodistrias, expose the roots of systemic racism.” In a message about ‘Thirteen’, Haviah says: “I’m grateful to have collaborated with Tim‘2oolman’Hill (of A Tribe Called Red) and Robotaki on the production for Thirteen, as they perfectly captured the pain and emotion of our societal state. We collaborated with Theo Kapodistrias, who animated the video and accurately and beautifully depicted the horrors of our history.”

“Thirteen” is a track from her breakthrough album, 13th Floor, for which she won a 2019 Polaris Music Prize. “The project highlights Haviah’s relentless work ethic and vast sonic influences; ranging from classic Rap/Hip-Hop elements to Caribbean rhythms, frenetic electro, and diverse instrumentation, while tackling marginalization and racism head-on as Haviah proclaims self-love as a Black woman.”

If you live in the Ottawa/Gatineau areas and are interested in hearing more from Haviah Mighty, she will be performing at the RBC Bluesfest Drive-In in Gatineau, QC on August 1st and 7:00 pm.