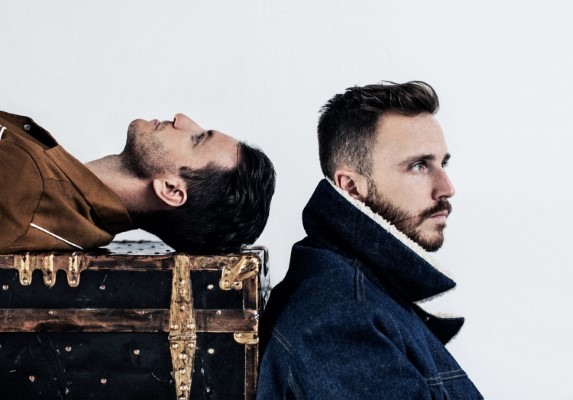 Flight School is the merging of Canadian-born, Los Angeles-based DJ/producer duo Guillaume Viau and Conor Cutz. They have recently teamed up with JRDN for a brand new summer anthem, “More Than A Little”. The single is co-written by Jenson Vaughan and mixed by DJ Swivel. “More Than A Little” is a Caribbean influenced song filled with infectious melodies and catchy builds that help guide the track to a massive climax everyone will be singing along to.

Check out “More Than A Little” below and find out more about Flight School via our Five Questions With segment.

We are a Toronto-born, Los Angeles-based DJ/producer duo that goes by the name of Flight School. We’ve both been DJing for over 10 years, and Conor actually has a deep history in turntablism; competing in competitions like the Red Bull 3Style. He had been DJing in Toronto for years before I started playing clubs and private events, and although we were often competing for the same gigs, he was one of the only guys that looked out for me when I needed help with something. We ended up just grabbing sushi one day and spent some time in the studio making a remix. A couple of months later, we started releasing music as Flight School. Our debut single “Figure It Out” ft. CVBZ earned the highest debut on Canada Top 40 radio since 2016 and received support from the likes of industry heavyweights The Chainsmokers and Lost Kings. We were named iHeartRadio’s ‘Future Stars’ in 2019, and have released a couple of new tracks since; including our latest “More Than A Little” ft. JRDN. We’re just taking things one day a time, and hoping to connect with people through the music we put out.

We make dance-pop music with a dancehall and afrobeat influence. Our process has developed over the course of the project but the elements remain the same. We have always been into a variety of music, including funk, soul, hip-hop, house, etc., so we try to pull bits and pieces from each when creating new music. We want people to vibe out to our music in the car, club, gym, etc., so we always make sure it holds up in all those settings before we put it out.

We don’t have anything lined up at the moment, for obvious reasons, so we’re spending a lot of time in the studio working on new music. Our shows currently consist of a DJ set, but we’re working on building it out and adding various production elements including drum pads, etc. I’m also currently taking vocal lessons out in LA to start singing on our own records and performing live.

We have a lot of good friends in the Canadian music scene, so want to shout out Virginia To Vegas, Loud Luxury, Frank Walker, JRDN, and also really love the music Ali Gatie is making.