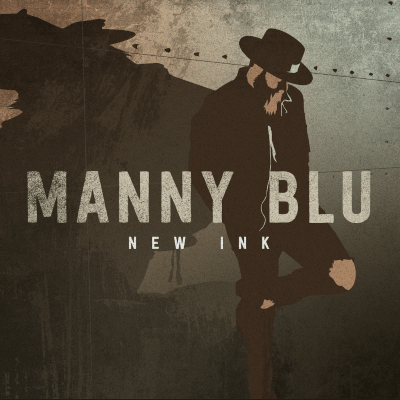 Manny Blu has made the long-anticipated announcement for the release of his upcoming EP New Ink, which will available everywhere on November 13, 2020. Blu has given his loyal fans a sneak peek of what to expect from this new collection of tracks by also releasing the first single off the EP. “Born To Ride” is the new single from Blu and it perfectly lays the groundwork for what is to come with the release of New Ink.

Bringing to life a completely different side of the Montreal-native, New Ink speaks directly to what Blu himself calls the “true heart” of the band’s live shows. “There’s more rock, more soul, and more volume this time around. It’s bigger and louder, but it’s still me. And more importantly, it’s still fun” explains Blu.

Blu hopes of belonging in rock, as much as his country music roots. New Ink breaks into a new genre for Blu, ‘Outlaw Country.’ While influenced by the likes of Brantley Gilbert, The Cadillac Three and Jason Aldean, each of the five new tracks heard on New Ink live in an edgy new space with rock-based instrumentals at the forefront. New Ink was recorded at OmniSound Studios in Nashville and produced by Aaron Eshuis. Its rock-forward approach is fitting since the title stems from one of Blu’s favourite bands, Mötley Crüe, and their album New Tattoo. One look at Blu and it’s no secret that he’s a fan of tattoos, but to him New Ink means more than just thinking about the next one, for him it’s the release of his inner creative expression and his new sound to the world.

The first single off of New Ink, “Born To Ride” is a track about finding that ‘ride or die’ person who will have your back as much as you have theirs. Written by top songwriters Rhett Akins, Ross Copperman and Josh Osborne the track has made its debut with a lyric video that provides a snapshot of Blu’s acclaimed live shows.

“Music is one of the most powerful elements to someone’s life” says Blu. “I think it can make what someone is going through ok, it can motivate, and empower people — so I tried to add a little piece of each of those things into New Ink.”