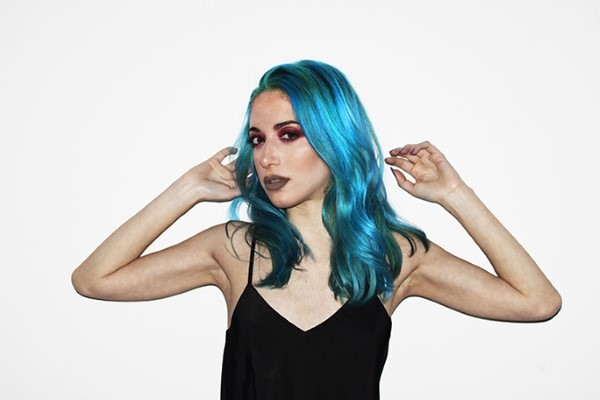 Toronto, ON-based R&B pop dynamo, SH3 has unveiled her new single, “Gelato”, along with a video to accompany the release.

That said, that there’s even a video at all for “Gelato” is unexpected; the single was never initially meant to be kept as her own.

“Just as many songwriters have, I had hundreds of song ideas recorded in my phone, just waiting to be developed,” SH3 — pronounced ‘she’ — says. “But then, my team NdroiDBeats encouraged me to make a folder of songs to be placed with other artists. Then, they challenged me to writing 100 songs in two months; I ended up doing it in six weeks.

It was intense, but worth it.”

One of those was the track of the hour, “Gelato.”

“I originally labelled it ‘Gelato Full Ref + Beat – Jeremih’ because that was the type of artist I envisioned on the song. I’m a huge fan of his writing and vocals, and the inspiration while writing ‘Gelato’ was ‘what would Jeremih sing?’

But as I showed more and more people the demo, I kept getting similar feedback,” SH3 continues. “They said the song really suited my voice and I should release it on my own.

At first, I was opposed to it because I didn’t feel the record truly represented who I was…. The songs I usually write for myself are more introspective and personal, whereas this was more of a carefree club track. It took many listens before I came to terms with the fact that this song is actually a part of me.

I mean, I did write it,” she nods, considering the song’s full journey. “And the essence of the track rings true to who I am.”

As it would turn out, making the music video also took some inner convincing for many of the same reasons.

“I didn’t intend to make one because, again, I didn’t feel it fully represented me.

However, I had the opportunity to work with a really awesome director — Christian Bauer of 12 to 12 Productions — and I figured, why not. This is my first professional music video; all the ones I’ve put out prior were directed and edited by me. I figured at the very least, it would be a learning experience.”

With much of her recording happening during travels between her two home bases of Toronto and Tampa, Florida, the majority of the tracks were recorded with a Zoom mic on her laptop in Pro Tools.

“I try my best to be as resourceful as possible,” she says. “I feel limitations can bring out the utmost creativity.”

Nowhere is this best exemplified than styling for the music video.

“I was my own stylist for the video, and the majority of my outfits were ordered from AliExpress.

Anyone who’s ordered from there knows delivery time can be quite long, and I didn’t want to take any chances of things arriving and me not being able to make them work. For example, the white vinyl dress I wear in the masked scene ended up being too big for me, so I hand-sewed the alterations to make it fit. This was one of the many alterations that had to be made… It took me a few days, but it was totally worth it.”

Check out the video below, and find out more about SH3 via our Five Questions With segment.

My name is SH3, pronounced ‘she’, and I’m a singer, songwriter, producer, and engineer from Toronto. I’ve been making music my whole life but started to pursue songwriting professionally upon graduating from York University’s BFA Music program. I started out writing in Toronto’s hip hop/r&b music scene and from there, opportunity led to opportunity and I began networking my way through the industry. Eventually, I found myself in Tampa, Florida, where my production team NdroiDBeats and a handful of others I work with are located. I believe music has a very unique ability to be a source of healing, something I’ve experienced in my own life, and I decided to use this concept as the foundation for my name. The ‘s’ and ‘h’ in SH3 stand for sound healing.

I love moody synths, lo-fi sounds, 808 style drums…I feel like those are my favourite songs to create. There’s something about those elements that resonate with me in a very raw way and it pushes me to be vulnerable with my writing. I’ve always been drawn to slower, sad-sounding songs maybe because that backdrop can lead to very honest, introspective music. This style feels the most like home to me, but I have gone through so many different musical phases growing up that I’ve spent a good amount of time immersing myself in pretty much every commercialized genre. Pop, rock, Hip Hop, R&B, alternative, punk, EDM, singer/songwriter…the list goes on. This has made me somewhat of a chameleon when I write, so it’s very difficult for me to easily label my writing style. I’m a huge fan of melodies and lyrics of so many different genres, that I love jumping between genres and creating hybrids.

I do not! I feel like many artists’ plans of upcoming shows have been derailed due to the virus. If I had to explain my performance style, I would say it’s very similar to my performance style in music videos. I can be very expressive with my hands when I perform, maybe it’s the Italian in me!

Even though ‘Gelato’ is my latest release and I am very proud of that song, I would recommend ‘Pay For You’ be a song to check out. I feel it’s one of my most vulnerable and authentic songs I’ve written and am always excited when people discover it. I wrote it as part of my thesis project in the final year of my undergrad, and it was the first song I wrote and produced on my then production platform, Reason. Prior to ‘Pay For You’, the majority of my songwriting was done with either me and my guitar or me and the piano.

My vocal teacher growing up, Romina Di Gasbarro was nominated for a JUNO award in 2020, and watching her journey this past year has exposed me to so much amazing Canadian talent. I discovered Alexandra Stréliski, a neo-classical pianist whose compositions are breathtaking. I’m also a fan of Charlotte Cardin, Haviah Mighty, and my all-time favourite and huge influence, Emily Haines.