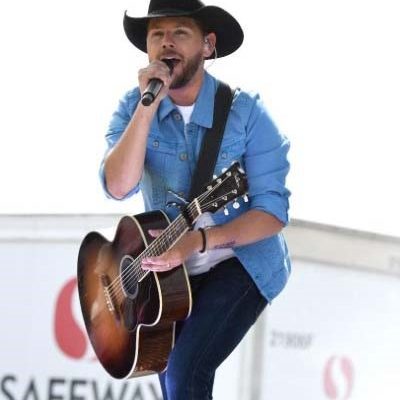 Brett Kissel made history on June 13 and 14, 2020, at the River Cree Casino parking lot with the launch of eight sold-out “Brett Kissel – Live at the Drive-In” shows, a first-of-its-kind, social-distanced drive-in country music concert series. He, along with Safeway Canada, not only wanted to raise funds for Food Banks Alberta and Enoch Cree Nation with this concert series, but they wanted to make a positive impact in Alberta by uniting elements of community and charity in support of Albertans who need it most. It worked!

Demand for the concert series quickly exceeded expectations, resulting in eight sold-out shows in under an hour. Due to the strong interest, Stingray Country Radio broadcast the live country music event across Canada, allowing Canadians from coast to coast to tune in safely at home.

Thanks to Safeway Canada’s support and Albertans’ generosity, one hundred percent of the event’s ticket sales went to Food Banks Alberta and Enoch Cree Nation, garnering a total donation of more than $70,000. The monies raised will support 97 food banks across Alberta and gives Food Banks Alberta immediate flexibility to ensure those dollars go to areas of the organization that need it the most.

In a statement, Kissel says,

“One of the most rewarding aspects of being a musician is bringing people from different backgrounds and places together to celebrate our shared love of music. Music has an incredible ability to heal, and it’s pained me to have to press pause on performing before live audiences. It was important to me, in these tough times, to create a unique drive-in concert experience that would brighten spirits, show appreciation for our courageous frontline workers and raise money for people in need. I cannot put into words how appreciative I am for all the support we’ve received, which allowed us to raise over $70,000 for Food Banks Alberta. I am beyond grateful to have shared this experience with Safeway and my fellow Albertans. That collective energy was a once-in-a-lifetime feeling I will never forget.”

Brett Kissel and his band, as well, knew that the power of music would strike a memorable chord to Albertans and so through sunshine and rain they gave it their all to make these shows ones to remember. These friends have always exuded high energy on stage and that is usually amplified by the immense amount of fun they like to have when performing. The plexiglass separating each other did not deter them from doing so because they knew they were doing something so special.

Kissel reflected on his Show #1 of 8

“You can never have another “first.” And that first time stepping out on stage to the honking horns was something I’ll never forget. Something I was so nervous for, and so worried about, wound up being one of the single greatest experiences of my life!! I cried my eyes out during #DrinkAboutMe — 2020 was gonna be “way different” than what we are experiencing right now… but, we are making up for lost time … and givin’ ’er as hard as we can!!

The event captured the essence of Brett Kissel’s “Tough Times Don’t Last, Tough People Do,” an anthem of hope that Brett re-recorded as a tribute to frontline workers and people around the world navigating the challenges put forward by the Covid-19 pandemic.

To learn more about the event, visit drivein.brettkissel.com