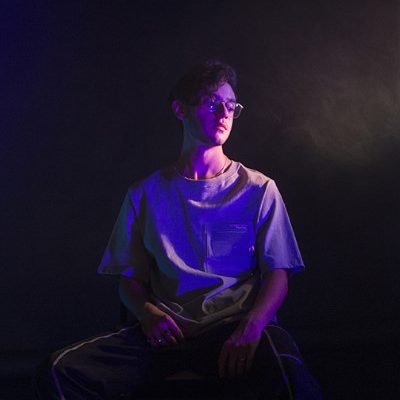 “I wrote ‘Reasons’ as I was starting to realize I was in a relationship that wasn’t good for me,” Grey shares. “I couldn’t imagine not being with her, but the relationship was making me miserable. This song captured the moment I was halfway leaning into the relationship, and halfway getting out of it.”

The single — one of 6 tracks on his newly minted EP Falling Apart — serves as a bookend,  so to speak; it marks both the beginning and end of the relationship, all in one track.

“The vocal sample you hear in the bridge and that plays throughout the track is from one of my old, unreleased songs. It was actually the first song I wrote about her, and ‘Reasons’ was the last song I wrote while I was still with her…”

Check out the lyric video for “Reasons” below, and find out more about Chris via our Five Questions With segment.

Hey, I’m Chris Grey. I’m a producer/singer/songwriter from Toronto. I’m currently 18 but I’ve been producing since I was about 11.

My music is mostly alt-R&B Pop but some songs pull inspiration from other genres. I’m definitely influenced by the “Toronto Sound” so my music has some of those dark undertones that the city’s become known for. My writing style is a bit different than a lot of artists because I don’t ever write down lyrics. I write all my songs at the mic and record as the ideas come.

I had to cancel my plans for live shows this year but I’m working on trying to do some unique and interesting online performances so stay tuned. My live show is a mix of digital and live elements that I think combine in a pretty entertaining way.

That’s a tough question but I think I’ll have to go with Reasons!

I’d say The Weeknd, 88Glam, Lennon Stella & Langston Francis. There are so many other great smaller Canadian artists that I’m working with as well.