Owen Barney releases debut video for “Thank Her For That” 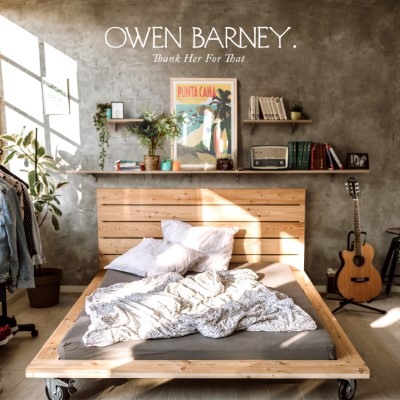 Rising Country artist Owen Barney released the music video for his hit single, “Thank Her For That”, on July 7.

The video for “Thank Her For That” is his debut into the world of music videos. With regards to the video, Barney states:

“This is my FIRST music video so when we were putting together the concept, I was kind of nervous because I didn’t know what to expect or how it would turn out. But as soon as we started the shoot, I was completely into it and had a lot of fun. All it took was having a couple of drinks, hanging by the pool, picking some guitar and humming a few bars. Having to stay home while making this video ended up being the best part about it. I don’t think it gets much better than that.”

Barney has had an impressive few months with being featured as the Pure Country Future Star, along with his single climbing the Canadian Country Charts quickly (currently at #35 at Country Radio) and being played on radio stations across Canada.  He has made a presence for himself online with being featured on various sites/stations such as Spotify’s ‘All About Country’ and Amazon Music’s ‘Fresh Country’. He has also spent the “past few years building buzz on his YouTube with various covers, including Shawn Mendes ‘In My Blood’ and Niall Horan’s ‘Slow Hands’.”

Take a minute to check out the video. I am sure this is not the last we will hear of Owen Barney.