Five Questions With James Cohen And The Prairie Roots Rockers 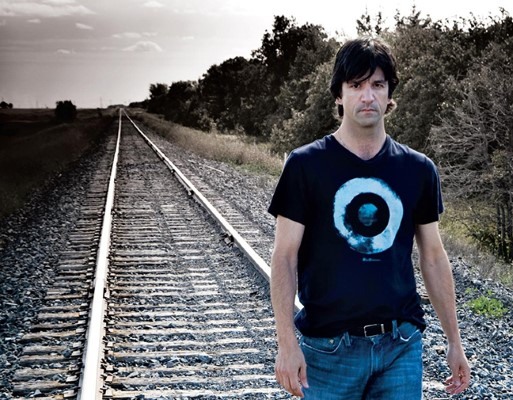 “The origins of this song go back several years,” frontman and band namesake James Cohen considers. “The general theme is one of loneliness and isolation which, unfortunately, are sentiments many of us can relate to during these difficult times currently.

The video attempts to convey a longing for someone special who was perhaps met long ago, not unlike reminiscing about a long-lost romantic partner who we have lost track of and wonder about today.”

The song isn’t necessarily meant to be sad,” he insists. “But… The D minor key it was written in lends itself to a melancholy tone.”

Sadness be darned, to say the song is a must-play for James Cohen and the Prairie Roots Rockers would be an understatement; it was featured in the movie Gone Tomorrow and has been a recurring mainstay on the setlist ever since.

“It’s one of the audience’s favourites when we play it live,” he adds. “We add a long keyboard solo to it, too, which always goes over well.”

Check out “These Long Nights” below and find out more about James Cohen and the Prairie Rockers via our Five Questions With segment.

Hi there, my name is James Cohen and I am the founder and principal songwriter for James Cohen and the Prairie Roots Rockers. Our self-titled debut album was released in October 2011 on the Soccermom Records / Warner Music Canada label and we had one single called “So Long Sweet Deception” that charted for 16 weeks on the Mediabase Canadian Active Rock Top 50 Chart reaching a peak weekly position of Number 32. We are based in Winnipeg, Manitoba, and have done some regional tours in various areas of Canada. I started off mainly as a guitar player but “found my voice” at a later stage and now sing lead vocals as well.

Our music is definitely classic-rock based as my major influences are The Who, The Rolling Stones as well as Tom Petty and the Heartbreakers. Our band name is obviously meant to connote the style of music we tend to play. It is definitely guitar-based and fairly straight-ahead rock and roll although we do have some more intricate songs that incorporate some melodic keyboard parts. I don’t think it’s too difficult to hear some of my influences if one listens to our entire album. Some songs aren’t that obvious in their influences whereas some pay homage to my musical heroes!

As a result of the COVID – 19 Pandemic, we don’t have any live shows planned imminently. We were scheduled to play with the Winnipeg Symphony Orchestra this month (July 2020) but of course that date has now been moved to sometime in 2021. We will be playing at the Manitoba Centennial Concert Hall which is a dream come true for me as I have seen several legendary artists there over the years and it will be incredible to have shared the same stage with them as well as one of our country’s most esteemed symphony orchestras. It will be surreal for me to be playing songs I wrote with an orchestra accompanying my band and I.

Well, it’s pretty tough not to go with “So Long Sweet Deception” as that was our breakout song and resulted in quite a few large Canadian commercial rock radio stations playing it regularly. Our audiences always enjoy it and I’m pretty proud of the guitar solo I came up with as it’s fairly technical and fits in really well with the rest of the song. It has a retro feel to it yet also sounds contemporary to appeal to current listeners.

I am a real fan of Sam Roberts’ music although I have yet to see him live with his band – just love their style and music! I have seen Serena Ryder several times and am always amazed at her talent level and down to earth personality. We have so much talent here in Canada and it certainly is something we should all be proud of.