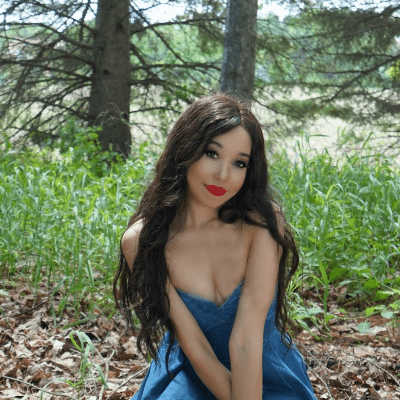 Southern Ontario based country artist, Jade Naraine recently unveiled her new single, “Ford Or A Chevy” along with a video for the release. The single garnered almost 70,000 streams in just a week and has been added to country music stations across Canada.

Check out the video for “Ford Or A Chevy” below and find out more about this up-and-coming Canadian country artist via our Five Questions With segment.

My name is Jade Naraine and I’m a Canadian Country Artist, from Southern Ontario.

My music sound is both new and traditional to my country roots. I love making songs that have meaningful, and inspirational lyrics, based on true events I have gone through, then pairing them with rich, beautiful instrumentation. The music and instrumentation were one of the things that drew me to Country music, it was just so beautiful to me. I remember listening to early Carrie Underwood, Taylor Swift, and songs like; “If I Die Young” by The Band Perry, thinking… wow… I have goosebumps. This is the kind of music I want to make. I also have upbeat and fun songs as well – again, based on real-life experiences. I enjoy pop music as well, so some of my songs are a little more pop crossover. My writing process is usually that I will sit down and listen to a bunch of instrumentals on the internet, to get some inspiration. I will start to make melodies, hooks, and lyrics to the music and record them on my phone, then I will go to the recording studio and my music production team will make the music. I try to write a few times a week and sometimes inspiration will come to me when I least expect it. There is no more satisfying feeling, then finishing up writing a great song.

With the current climate right now, I don’t have any shows lined up. This summer has been hard on artists and fans, as Festival season has been disrupted due to Covid-19, but I try to perform for my fans on social media and do remote television performances through zoom or skype. I do look forward to when this is all over. Right now, I’ve just been busy with radio releases. We just released my single; “Ford or a Chevy” to Canadian country radio and my single; “Back to my Dream” to American Country radio. Fans can keep up to date with upcoming shows by following me on social media and visiting my website. Fans can expect a fun show. I try to turn my shows into a visual display. I usually have videos playing, fun lighting, dancers, and a full country band.

This is a hard one. All of my song babies are special to me for different reasons, but I think it would be my song; “Princess.” I wrote it about getting through some heavy things in my life, such as sexual assault/ harassment, and a career halt that lasted five years, as well as other traumas that caused anxiety, low self-esteem, abandonment and depression for me. I was sad all the time, and when I would look in the mirror, all I saw was this sad, broken girl with swollen eyes from crying. I wrote it at a time when I decided that I wasn’t going to let anyone or anything dull that little girl who dreamed of being a singer. One of my best friends made a comment to me; “Why are you always so sad Jadey, you are ruining your pretty face, you look like a Princess.” Those words were really what inspired the song. I went from being a weak woman to a strong woman. I think anyone can relate to it, whether they are dealing with bullying, break ups, or a trauma of their own. For me, country music became my saving grace. We have to remember to be strong. I wanted to take everything bad that I had gone through and turn it into something good, a story to inspire others, rather than let it all defeat me.

There are so many talented Canadian artists and bands. If I had to choose some favourites, it would be Country Artists; Tenille Townes, Lindsay Ell, Jade Eagleson, and Mackenzie Porter, and for Pop; Kristina Maria and Marianas Trench. I love most of the songs by these artists and just believe that they are all incredibly talented. Tenille Townes is also a huge kind soul and the song “Somebody’s Daughter” gave me goosebumps when I first heard it. Jade Eagleson’s songs are just killer – my favourite by him would have to be “Close.” Pop singer Kristina Maria has some great ones with “Karma, You don’t have the right to cry,” and “Understatement,” and then there is Mackenzie Porter is just killing it right now in both Pop and Country music with her songs; “These Days,” “Seeing Other People” and “About You”… who doesn’t love her music? Marianas Trench are incredible songwriters and entertainers. I am so happy and proud to be a part of such a talented music community.