Home / Promos / Scott Cook releases single, “Say Can You See” off of his upcoming album, Tangle of Souls

Scott Cook releases single, “Say Can You See” off of his upcoming album, Tangle of Souls 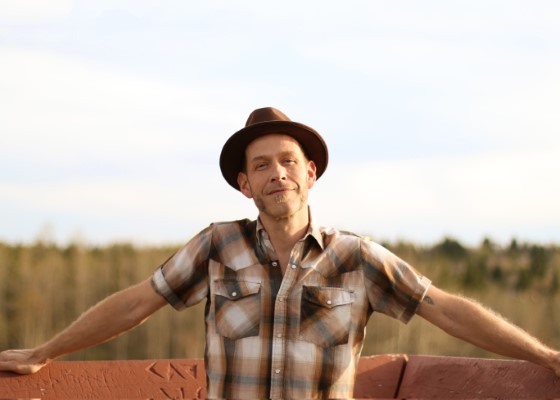 Scott Cook releases the second single “Say Can You See” from his upcoming album, Tangle of Souls, set to be released on August 7, 2020.

Cook is described as a “dedicated DIY troubadour who’s been making his home on the road since 2007.” During his travels, he has managed to produce seven studio albums, with the latest being his upcoming release of Tangle of Souls. According to Cook, “the bulk of the album was recorded in Australia with his intercontinental stringband the She’ll Be Rights, consisting of Aussie festival favourite Liz Frencham on upright bass, harmony vocals and engineering duties; fellow Albertan and long-time collaborator Bramwell Park on banjo, mandolin, guitar, and harmony vocals; Australian fiddlers Esther Henderson and Kat Mear; and Aussie dobro wizard Pete Fidler.”

“Say Can You See” is the second single off Cook’s seventh album. Accompanying this release is a music video of a live performance. According to Cook, “this live take features Liz Frencham on bass, Bramwell Park on banjo and Kat Mear on fiddle, filmed by Joshua Collings and Tristan Pierce of Pegleg Productions.”

Tangle of Souls is a “12-track collection comes with a 240-page, cloth-bound, hardcover book, telling the story of a life-changing health crisis and drawing parallels to the crises we face as a society seemingly hell-bent on self-destruction.” Nine of these tracks are original songs with a cover of a track by an unknown Canadian legend named Scotty Dunbar. Cook also included a “re-working of Dick Blakeslee’s 1940s activist anthem ‘Passin’ Through’, along with an original fiddle tune.” The accompanying book is “beautifully laid out with eucalypt-leaf prints from Australian artist Cecilia Sharpley, and quotes from guiding lights like Woody Guthrie, Walt Whitman and Naomi Klein.”

The message from the album can be described as “a plea for global citizenship and mutual understanding from someone who’s lived an exceptionally borderless life.” According to Cook, “it’s a vision of the human family as interwoven, and intertwined with the earth.  It’s a story of personal transition, and a case for political transformation.  And in these harrowing times, it’s an unflinching look in the mirror that still sees something worth saving.”

Make sure to take a minute to check out “Say Can You See”, the second single from Tangle of Souls due out this August.