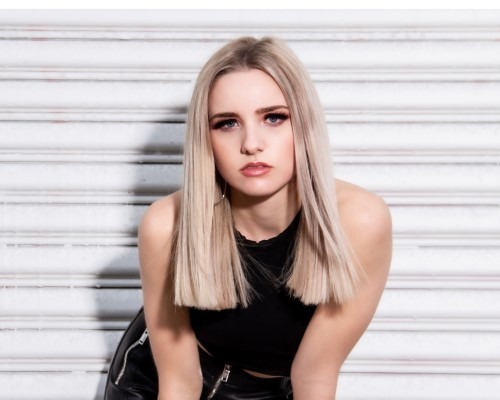 Currently celebrating the release of her third single, “Bored”, Vancouver’s Rayne continues to draw us in thanks to her incredible pop musicality, ear-catching beats, and writing style that someone of any age can relate to. Can’t wait for more? A full EP is set for release in early 2021.

Your new single “Bored” is pretty blunt when it comes to getting the message across…to a certain someone? Was the content based on personal experience or relationships in general?

Bored started off as a title, and then we wrote a story around that. It’s not meant to be aimed at anyone in particular, just about the idea of such a relationship.

Your pop vocals pair so well with the heavier beats featured in the song as well as your previous single, ‘The Low”. Is this a sound you’ve been attracted to in artists you listen to?

Thank you! Most modern pop music takes a lot of elements from hip-hop, and my music is no exception. The production from several Billie Eilish songs were also a major inspiration for this track. The producer Ryan Stewart and I both love Billie and Finneas so we pulled several references from their songs while working on this one.

With the new EP set for release in early 2021, what are some of your best memories from the creative process may it be the writing, recording or otherwise?

I love songwriting and have a lot of fond memories associated with that. When we started writing and recording this EP, I hadn’t ever co-written so I learned a lot about musical collaboration. Because of that I’ve met and worked with so many incredible people that I’m lucky to now call colleagues.

Your cover of Billie Eilish’s “You Should See Me in a Crown” is so haunting & beautiful; was covering this inspired by opening for Billy in the past? What other artists would you like to cover? Others to open for/perform with?

I fell in love with Billie’s music quite a while before I opened for her, so I feel as though it was kind of inevitable for me to cover the song. Honestly, picking a song is one of the hardest parts of making covers for me, so I have no idea who I’d like to cover next. But if we’re going off of people I’d like to open for/perform with, I’d say Harry Styles, Dua Lipa, and Rina Sawayama.

What do you have coming up in the next six months?

I plan to release at least one more single before the full EP and hope to film lots more covers for my YouTube channel! With COVID going on I’ve really had to practise my production skills and work on self-recording, and I’d love to keep up with that and see how far I can grow my skills. I also plan to keep writing for myself and others, hopefully we’ll be able to see each other in person before I run out of Zoom minutes!