Home / Promos / Half Moon Run releases new singles, “You Won’t” & “Look Me in the Eyes (Skitstövel)”

Half Moon Run releases new singles, “You Won’t” & “Look Me in the Eyes (Skitstövel)” 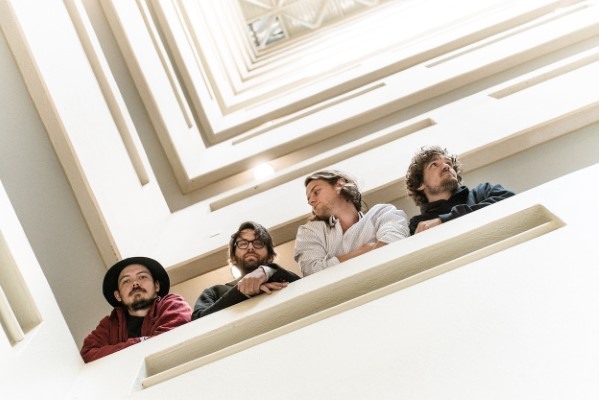 Half Moon Run has many things to celebrate with their first JUNO Award win. The JUNO Awards looked a bit different this year, taking their ceremony online on Monday, June 29. The band won their first JUNO for Adult Alternative Album of the Year for A Blemish in the Great Light (their third album released at the end of 2019). Half Moon Run also continues to release music from isolation, including  “Look Me in the Eyes (Skitstövel)” and “You Won’t” out everywhere now on Crystal Math / Glassnote Records.

Accompanying the release of “Look Me in the Eyes (Skitstövel)” is the official video for the track. This video was recorded from each band member’s home. The concept for the video was brainstormed and directed by Dylan Phillips (one of the band members). According to Phillips,  “having all this extra time in isolation gave us the chance to learn some new skills and experiment with things we previously never really had the time to try.”  The video starts as a standard isolation video with each member on a different screen, including close-ups of their instruments overlaid with close-ups of the band members’ faces throughout the video. Phillips used the “effect blurs the lines of the four separate locations and almost makes it seem like the band is together again.”

According to the band, the track “You Won’t” was originally part of “Look Me in the Eyes (Skitstövel)”. However, when they recorded the tracks together, it ended up being too long.  “Not wanting to remove the intro, the band decided to separate it, eventually leading to the creation of “You Won’t”.” According to Phillips, “This was originally part of the song ‘Look Me in the Eyes’, but we felt that its dream-like meditation deserved its own track. This one had to be released at the same time though, so we’re thrilled to release both of them as a pair.”

Half Moon Run is a band that is well known for their live shows. However, we know that this is something that will not be happening anytime soon. According to the band, they were “ready to continue that love and warmth through a long list of 2020 tour dates, but with the world in isolation, they have had to readjust. In the meantime, they hope to deliver as much of that energy as they can by continuing to share new performance videos and music with the world.” So stay tuned, there will definitely be more to come.