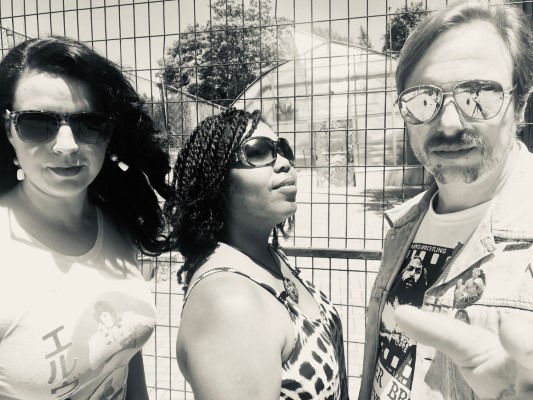 “This album is also a testament to the power of collaboration and forging strong bonds with people. I had spent years thinking that I could never make connections with people again while I was in the deepest parts of my depression. Being able to reach out and communicate with the people who I wrote this album with was just incredibly huge in being able to come back into the world again.”

The single, “War With Myself” is a muscular funk and rock mini-epic that showcases the power of the band he assembled. Bassist and singer Maylin Ortega keeps all the grooves effortlessly funky, while guitarist Oscar Tang injects lightning-sharp blues and funk guitar. Singer Katherine Wilson belts out lyrics with raw emotion.

“It was just amazing to be able to spend time with these people as I felt like I was almost coming alive again, and the collaboration was just so integral in my recovery process.”

Check out “War With Myself” below and find out more about Bad Breed via our Five Questions With segment.

My name is Mike Gribben. I am a vocalist and songwriter in the Toronto band Bad Breed.

Our band mixes funk, rock, and soul and our goal is to make as original, vital-sounding music as possible. Our new album, The Bad Breed in Ferocious Love, has eight songs on it and all of them have a different feel and style. I write the lyrics, and the way the songs get written is normally one-on-one with me collaborating with another member of the band. I don’t play any kind of melodic instruments so instead I hum parts to people who are far more talented than me and we work together to come up with what we do. I can play the drums so we will get a skeleton of a song and then bring it to everybody else, and I love the way it works. Any of my ideas just become so much better when I work with somebody else. Also, the songwriters in the band all come from such different musical traditions so even if I think I have a very clear idea of how a song should go it will absolutely change once it’s been touched by everybody else.

No! We don’t have any upcoming shows. I wish we did. We will be doing some streaming stuff to support the release of our album which comes out July 17. If you have not seen us then you definitely should! We will never put the same show on twice. Our whole performance is just meant to be electricity for the audience. There’s no actual lead vocalist so you’ve got four different people trading back-and-forth and singing in harmony with one another. We also have an insane rhythm section, and as an audience member, your attention can go to any one of the six of us on stage as we are all doing something different yet all working with huge energy. Honestly, all I want to do is be the band that you’re watching that you have to tell everybody you know about and you need to come and see us the next time, and if you play music this is the band that you want to join.

I would say start with War with Myself, which is the first song on the record and our first single. It is like a mission statement; it lays out who we are. It starts uptempo and then moves into a number of different grooves and rhythms and everybody gets to shine on it. You hear everybody’s voice and it’s exciting, and it peaks with a crescendo at the end. It’s everything that we do all in one song.

Canadian Beats is all about Canadian music, so who are current favourite Canadian bands/artists?

Right now I love Witch Prophet. She’s an amazing Ethiopian/Eritrean singer and rapper and she lives in Toronto. I love her voice, I love what she sings and I love the beats that she has behind her. She’s awesome.

I also love Archives of Eternity, which is an awesome Toronto-based improvisational jazz ensemble.

Then there is Monstrosa, who are a great all-girl alternative metal band from Toronto. We’ve played with them a couple of times and they are awesome on stage, they have a brand new album out as well that you can check out.

Finally, there is Sofa Queen, a punk rock duo from Toronto, and they’ve just got a new album that came out I think right before quarantine so check them out as well.