Home / Promos / The Dears share acoustic version of “Is This What You Really Want?” and announce NPR Livestream

The Dears share acoustic version of “Is This What You Really Want?” and announce NPR Livestream 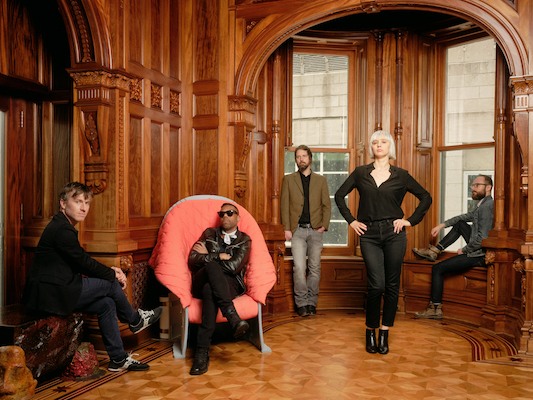 The Dears, led by husband & wife duo Murray Lightburn and Natalia Yanchak, released their latest grand opus ​”​Lovers Rock​”​ last month via Dangerbird Records garnering tremendous praise across North America, Europe and UK. Last week, the Montréal quintet shared​ a stripped back, acoustic video of “Is This What You Really Want?” to announce the rescheduling of their West Coast U.S. dates, now set for February 2021, along with a career-spanning NPR Livestream Session by Lightburn, July 16 @ 4pm ET/1pm PT​.

The Dears have always made apocalyptic love songs for an existential crisis. The Dears’ 2003 breakthrough album ​”​No Cities Left​” was a crepuscular, romantic soundtrack to uncertain times. 9/11. War. The looming economic crisis. Nearly two decades later, as they began work on Lovers Rock, the world’s mood felt eerily similar.

“There’s a direct line between the sort of doominess of No Cities Left and this album. You could go straight from Lovers Rock to No Cities Left and it’s like they’re interlocked. But it’s a different kind of doom. Around 2001, it felt like, ‘We have no control. We don’t know what’s going to happen next.’ Now it’s a doom that’s within our grasp. It’s in the air. It’s between us.  But we do nothing about it.”

The band’s two core members, Lightburn and Yanchak, work within certain sonic and aesthetic parameters that can be both unsettlingly experimental and impossibly lush. You could still call it pop music, “but it’s a different kind of pop music,” says Lightburn. “It’s very focused on a certain type of person. I’m embracing the idea that we’re providing a service,” he adds. Part of that, he thinks, comes from being a parent: “I’m in service to these other humans, so I embrace that role as an artist. I’m making this music because I know that there are people out there who need it.”