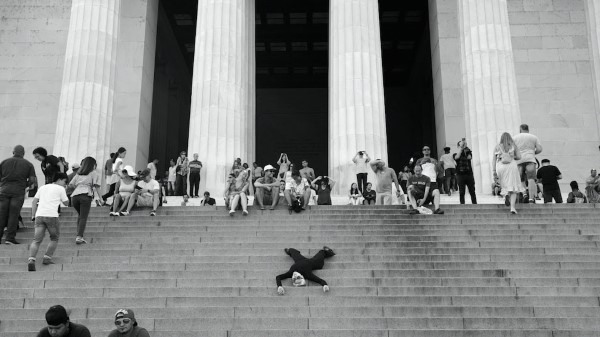 July Talk releases a creative video entitled “Surrender” a week before the drop of their latest album, Pray For It.

“Surrender” presents itself as an album teaser, aiding in exploring some of the themes of their third album. “From a creative standpoint, they wanted to explore the act of surrender; that moment when one has to accept their own vulnerabilities in order to seek truth. While touring across North America, they captured images signifying this surrender, in the hopes of illuminating the grace and integrity of backing down.”

According to the band, “these images also evoke a certain infiltration of western institutions. The simple act of collapsing on the steps of the Lincoln Memorial, for example, surrounded by confused tourists is not an act of dissent in itself, but the image that remains seems to speak to a loss of collective free will, a grappling with an experiment taken too far.” The soundtrack for the video is the “album’s ominous, disorienting closing track, “Still Sacred”. 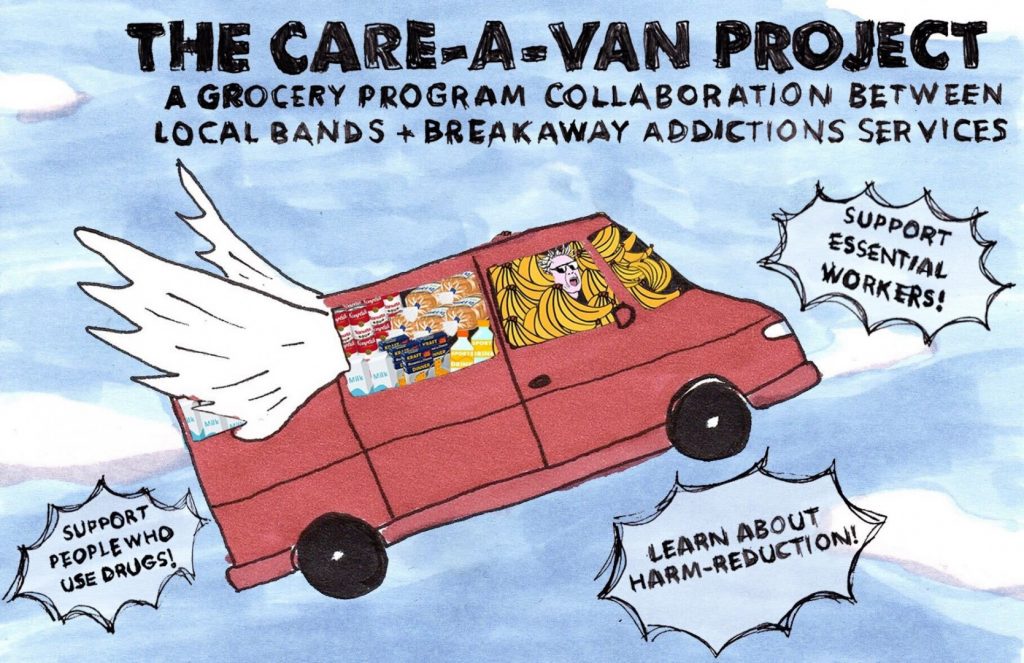 July Talk also just announced The Care-A-Van Project. This is “a collaborative volunteer initiative between local bands and Breakaway Addiction Services, one of the organizations leading the charge in providing social support, counseling, housing assistance, medical supplies and lots more to support the basic needs of their vulnerable client base from their office in Parkdale.”

According to the band, “Breakaway had to adapt their community meal program into a grocery delivery program because of COVID-19, so we started picking up the groceries in our band van once a week a couple of months ago. We’re hoping that some of our buds around Toronto’s music scene will come help out over the summer in their vans, to raise awareness about harm-reduction, help support essential workers, and raise some donations for Breakaway so they can continue the program once their funding runs out at the end of the summer.”

With the release of singles over the past few months, the release of ‘Surrender’, collaborating as a part of The Care-A-Van Project, and the drop of their third album, Pray For It, on July 10, July Talk is going to have one amazing month. Make sure to take some time to check out these projects.