Four Questions With The Killer Wails 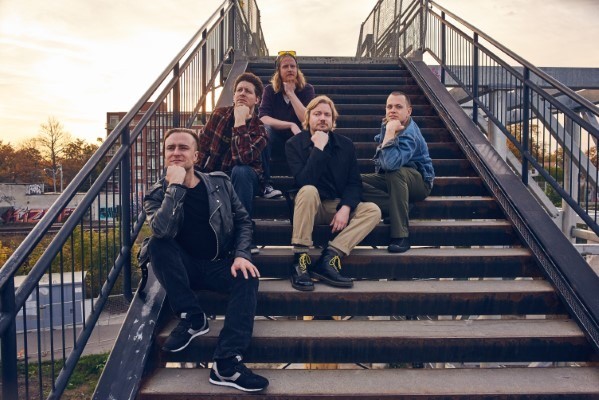 Toronto, ON-based weirdo-punks, The Killer Wails have released a new Self Titled album. Originally intended to be released with a party and a small tour, the band feels that their album is a perfect soundtrack to the desolate isolation of 2020. The album was produced by Calvin Hardwick, recorded at Dreamhouse Studios and mastered by Chuck Carvalho.

Check it out below, and find out more about the band via our Four Questions With segment.

Hi, we’re The Killer Wails. We’ve been playing in the Toronto punk scene for a few years now. Some of the bands that we’ve opened for are Cancer Bats, The Isotopes, Murderburgers, Black Lungs, and Boids. When The Great Lockdown is over we are going to book a tour of Southern Ontario and Quebec.

Our music is punk rock meets classic rock, but it also goes dark side and deals with some darker subject matter. We write our songs together as a band. One of us will bring an idea and we’ll jam it out till we have something we like.

Since this is a Canadian blog, I’d suggest listening to our song “Human Error”. The song is about the train that blew up in Lac-Megantic a few years ago. I lived beside the train track that that train rolled by and it made me think about the event as a sort of allegory for our modern times. This song isn’t an anti-oil industry song, it’s about the mutually assured destruction of humanity.

The Headstones have had some great songs and I especially like the song “Leave It All Behind” that came out last year. I cranky up the dial when it comes on the radio. We side with Joe Dick over Billy Tallent.