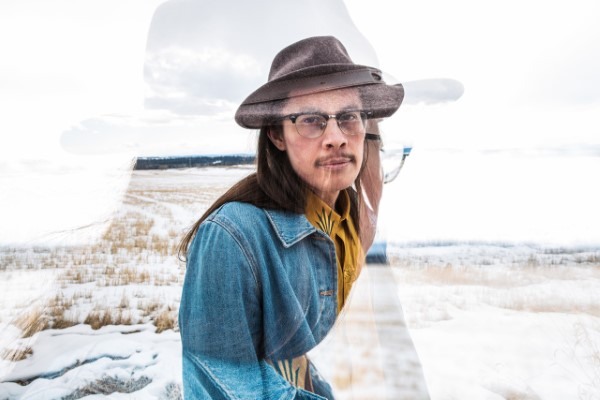 Based out of Moh’kinstsís (Calgary), Wyatt C. Louis is a Cree-Métis folk singer-songwriter. He has already “made an impact on the eclectic city with songs built from soaring melodies, railroad-like fingerpicking and quiet, haunting vocals and lyrical phrasing.” His songs are described as “dark, rustic tales meld folk and soulful blues to tell tales of love, loss and the journey home. They’re beautiful, subtle creations that juxtapose emotions, striking imagery, and experiences that charm and envelop listeners.”

Louis’ latest release is no different. “Dancing With Sue” is described as a track that “evokes the feeling of nostalgia, and yearning for the times in our lives where we feel the happiest and most free.” As you listen to the song and tap your feet along to the beat, the overall feeling is captured effortlessly through the warm tones and colourful songwriting.

Take a minute or two to listen to ‘Dancing With Sue’, you won’t be disappointed.

Share this:
Related ItemsAlbertaAuteur ResearchCalgary ABCree-MétisDancing With SueFolkMoh'kinstsísSlow WeatherWyatt C. Louis
← Previous Story Kendal Thompson releases remix of “Not UR Girl”
Next Story → MusiCounts is inviting you to their Virtual Dance Party