Home / Promos / Kendal Thompson releases remix of “Not UR Girl”

Kendal Thompson releases remix of “Not UR Girl” 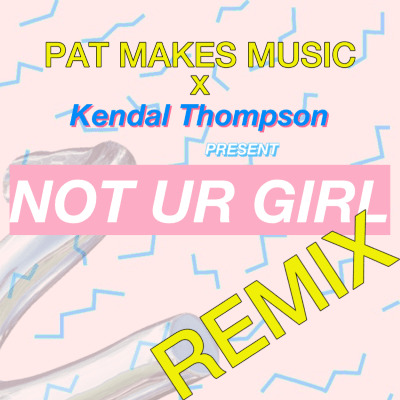 Known for their penchant to combine live instruments with electronic music, Pat Makes Music — who holds performance credits with Hugsnotdrugs, Poshley Slums, and remix nods for Soha, DJ Shine, Rex Manning, and more — is also working with Thompson to design her live show.

The track is originally from her album, Ok Cool, which was released in 2018. Its recent video release has 27,000+ views and counting and has Thompson (literally) exercising her acting chops in a vampy, deliciously retro visual treat.

“The song was born from a place of gaining back my power,” she shares. “It helped me understand that my happiness relied on belonging to no one other than myself.”

Check out the brand new remix below, and be sure to stay up to date with Kendal via her socials.