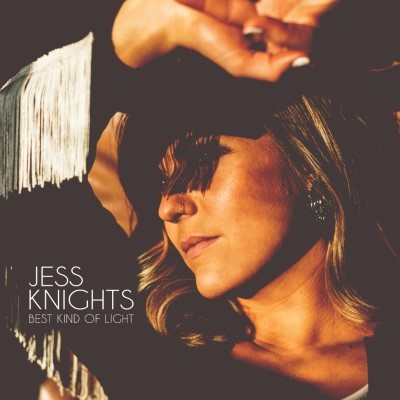 Here’s an artist that is relatively new to the national spotlight. Until now, Jess Knights’ recorded work has consisted of one EP and a handful of sneak-peak singles that hinted gloriously at what was next to come. Now here it is, her first full-length release, and if you haven’t done so already you’d best start listening to what the Calgary singer has to offer. As her first full-length, Best Kind of Light, with its soul-roots emphasis and a slight touch of blues, is one very strong debut.

On this album, Jess Knights brings her vocal A-game. Just witness the passion she instills in all those elevated notes she hits during “Leave Me for the Last Time,” or the upbeat confidence she brings to match the piano-based melody and fiery guitar in “Cover Your Eyes.” These traits are replicated throughout the album, coming fully to an apex with the infectiously energetic chorus of “Baby Won’t You Stay.” On the flipside, when slowing things down during songs like “Try It On” or the album’s title track, the earnest tone and ever-so-subtle rasp that occasionally seeps into her voice are at times akin to the likes of Madison Violet’s Brenley MacEachern.

Lyrically, Jess Knights is at her best when she champions herself. Emblematic of that are the lyrics of “Try a Little Harder,” accentuated by sultry guitar solos and bluesy rhythms that echo her tenor when she sings such phrases as: “My name isn’t baby, honey, sugar, or girl. I’m a force to be reckoned with and a woman of this world.” My own personal favourite is actually the album’s bonus track, “This Is 30,” though perhaps that’s because I’m of a general age and lifestyle that I can relate to its words on multiple levels. In any case, it’s a fun way to end the album, and can basically be summed up as her saying who cares what everyone else does or what they think; she’ll do what’s right for her. Given the quality of what she’s created with Best Kind of Light, Jess Knights should be damn proud of who she is.