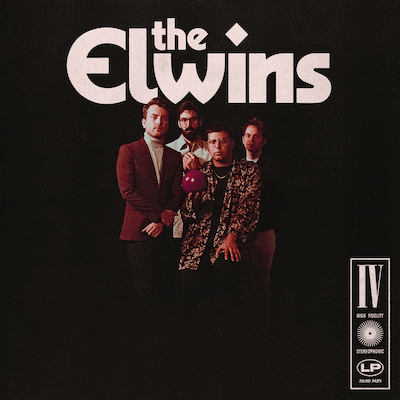 On Friday, Newmarket four-piece The Elwins announced their new album “IV”, set to be released on September 18th 2020. As a preview, the band released the new single “Weight of the World”.

“This is a story speaking to how everyone has to deal with the weight of the world in one way or another. That kind of brings us together in a sense. just a friendly reminder that everyone has got this shit feeling from time to time, some more than others, but all you can really do is to try and take it easy on yourself.”

Taking a break from their prolific touring schedule, which most recently has found them playing alongside acts such as Passion Pit, Metric and Born Ruffians, The Elwins took to a handful of studios to record their latest collection of songs. With their fourth LP on the way, Matthew Sweeney, Travis Stokl, Francesco Figliomeni, and Feurd have done it again. Self-produced by the band, with a diverse and detailed sound reflecting influences from 70s AM-radio pop to the mid-2000s alternative that the band was borne out of, the record is a prime showcase for the collective magic of these four talented songwriters.