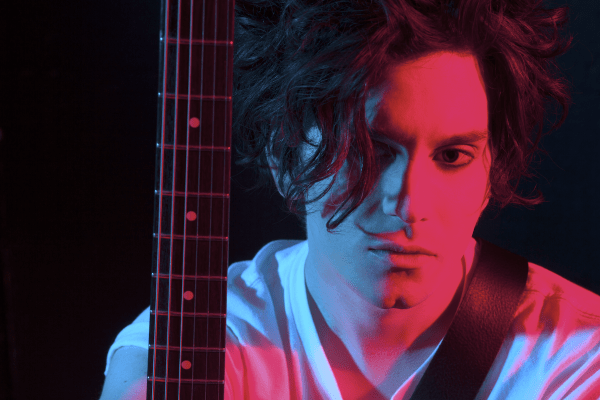 Each month we profile an independent artist that we’re loving, and we want our audiences to love. This month we’re talking about Radio Wolf.

Radio Wolf — aka Oliver Blair — is a Canadian/British songwriter, artist, and producer who launched his debut EP Rock n’ Roll Forever in 2017. His unique sound blends electronica, pop, and live instrumentation inspired by rock n’ roll. Listening to his music, you’ll hear his music influences infused in the corners of his songs — from The Ramones, U2, Depeche Mode, and Bob Dylan, among others.

As a songwriter, Radio Wolf says he’s evolving. His debut was skewed towards an 80s sound, but his recent work is more adventurous. His goal is to bridge those early rock styles with the modern electronica currently in our musical landscape. His network of collaborators is international, but he is always a songwriter when it comes to his work.

As an emerging band, it’s still a struggle to organize and campaign for yourself; it can take a lot of creative energy that’s vital for artists to develop their craft. Combined with his experience as a producer, and the workload never stops. Though he says with open communication and keeping creativity loose help to avoid rigid relationships  — including his relationship with his list of collaborators.

Radio Wolf is based on a promise to always develop his sound and to stay true to his craft. He talks about continuing to score for film and television while continuing to collaborate with more vocalists — committed to diversifying his portfolio.

Check out the EP below, and we highly recommend the single, “Runaway Girl” if you can only listen to one at the moment.