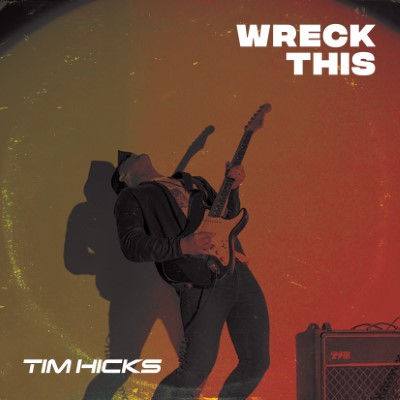 Tim Hicks is set to release his highly anticipated new EP, Wreck This, on June 26. This EP, released via Open Road Recordings, will be available on all digital platforms.

Wreck This, produced by Hicks’ long-time collaborator, Jeff Coplan, “features three brand new tracks combined with Hicks’ previously released three-pack Wreck, including his current Top 10 single ‘No Truck Song’, which continues its chart-topping climb at Canadian country radio.” Other tracks on the album include the summertime hit ‘Floatin’’, ‘I Know Jack About That’, and ‘Rowdy Up.’ Wreck This certainly shows what Tim Hicks is all about.

Hicks is also set to join the line-up for #CanadaPeforms at the RBC Bluesfest Drive-In on August 8. This is “a summer weekend live concert series presented by the National Arts Centre and RBC Bluesfest. Tickets go on sale Wednesday, June 23 at 10:00 a.m. ET.” This will definitely be one of the things not to miss if you are in the area.

Hicks has risen from local acclaim to a nationally recognized name, cementing “his reputation as an elite chart-topping act since making his country label debut in 2013.” He is no stranger to Canadian music, with fourteen top 10 radio hits, four JUNO Award nominations, and a platinum-selling CCMA Award win, Hicks’ new album is definitely one to check out.