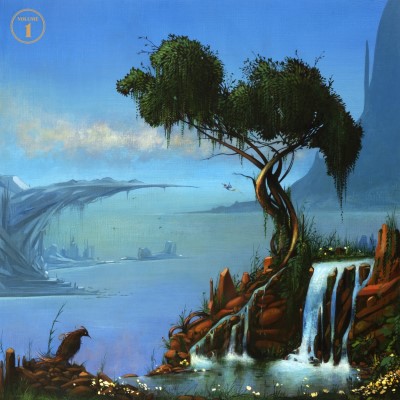 If you’ve listened to Crown Lands’ sparse output so far, you know that they can rock out with the best of them. And while on this EP the Oshawa duo trades distortion for unplugged melodies, their ability to do so is still very much apparent.

Take, for example, the formerly heavy “Howlin’ Back” (retooled here as “Howlin’ Back Again”), which retains every bit of foot-stomping vigour as its original counterpart. Their music on this one sort of simultaneously rocks and soothes in a way that makes you feel like you are there in the same room while they are playing it. Though not necessarily recorded as such, Wayward Flyers Volume 1 has much of a “live off the floor” vibe, its stripped-down tracks harnessing that same kind of straightforwardness and palpable energy. The release is five songs of acoustic guitar, hand-drumming, and vocals that require little enhancement. The latter easily hold their own, and at times sound strongly like those of Robert Plant. In fact, “The Witching Hour” in particular sounds like it could straight-up be one of Led Zeppelin’s more tender outputs.

The resemblance to those particular legends of rock, along with a cover of Neil Young’s “Birds” (which Crown Lands do great justice, by the way), suggests that they are aiming high with their music. And on this EP, they have totally hit the mark.