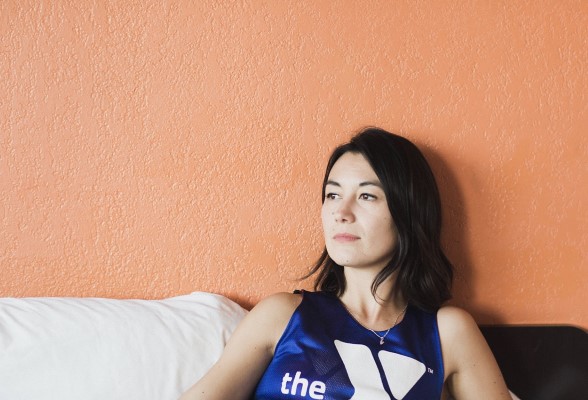 Montreal-based Sheenah Ko recently released her album, Nowhere In Time. Today, she unveils a video for the 3rd single, “Bialystok”, which was her first attempt at writing a song with French lyrics.

“With the help of the album’s co-producer, Navet Confit, we wrote these French lyrics so that they would be loose enough for a club song but also express our fears of global warming” said Ko. “ Bialystok demonstrates my love for the Quebecois culture through how I view Montreal; upbeat, messy, intense, real, and fun.”

The name Bialystok, however, comes from a town in Poland, which I was to scheduled to play in a club environment as part of their Halfway Festival. I wrote this song for them as a gift from Montreal” she continued.

The song came out of a happy accident at a Montreal street festival where Ko accidentally bumped up the bpm on her drum machine while playing a much slower song.

“When I got home that night I wrote the song to capture that moment of partying on a hot summer night in Montreal”.

The video is a creative collaboration born out of the COVID-19 pandemic and represents what is possible while adhering to social distancing measures. Aitso, who does live visuals for bands such as Wolf Parade and the Operators, decided now would be a good time to expand his skills to include music video creations while live shows and touring are at a complete standstill. “Bialystok” was created utilizing footage of Sheenah dancing and singing to the track, which Aitso then ran through analog visual hardware, mixed with his digital artwork, to create the trippy images.

Check out the video below, and stay up to date with Sheenah Ko via her socials.