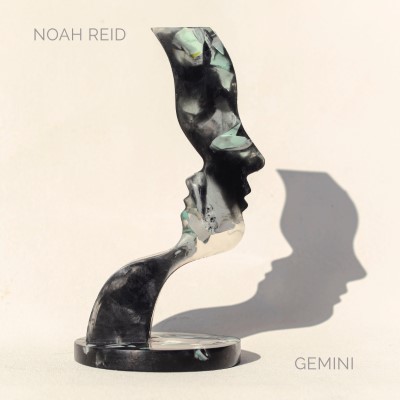 Gemini is the newest album from Toronto based artist, Noah Reid. Reid is mostly known for his work on television, film, and stage, including his role on the Emmy-nominated sitcom Schitt’s Creek, but he is also an accomplished musician.

Gemini is a polished, yet authentic snapshot of the artist’s heart. From the first notes sung by Reid, you feel the effort he has put into this record to translate this particular transitional period of his life to the listener. Overall, the album is excited, upbeat, as the grateful artist counts his blessings — but it’s not shy about being vulnerable, or even, melancholy as the artist walks us through the stress that comes with those blessings. The centerpiece on Reid’ dusky, inviting and warm vocals. His vocals sometimes imitate the speak-song stylings of a poet like Bob Dylan to focus on the lyrics, but then for more emotional moments, return back to his full tenor. To compliment Reid’s voice, the album uses an accomplished accompaniment of piano, acoustic guitar, electric guitar, synth, pedal steel, organ, saxophone, percussion, bass, drums, strings. The compositions of the track that sound produced to almost have a cinematic feel that swell and sway with the particular emotion of the track. I wasn’t surprised to learn afterward that some of Ried’s work has been used for film and television. I also noticed how almost all of the tracks have a pushing drum kick to them throughout to keep the energy up even when the mood is somber. This gives the impression that even if Ried wants to explore being vulnerable with the listener, he still wants them to be entertained for the ride.

The standout track on the album for me was “Got You.” Got You starts with a solid, constant drumbeat which Ried layers an optimistic guitar melody that is buoyed on top of it. The lyrics then repeat that Ried has “got” the listener in the same way that steady beat holds its melody. I particularly like the way Ried hits the ‘g’’ in the word ‘got’ to really emphasize that he has got the listener’s back. Whoever the song was literally drafted for does not matter, because the feeling it evokes is universal — as if whoever might be listening to the song, Ried has got them, because they have taken the time to engage with his work (we ‘get’ him).