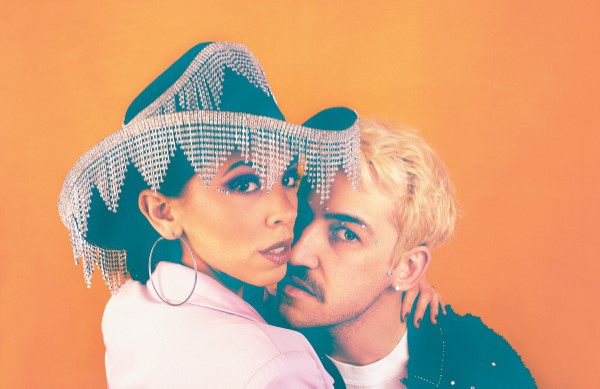 They have released a new single, “Devotion”, which adds a modern twist to classic 90’s R&B/ pop. Produced by Lucas Liberatore, “Devotion” is a love song that speaks to the duo’s personal love and also to the feeling of infatuation at first sight.

Check out the single below, and find out more about Flara K via our Five Questions With segment.

I think our music fuses a few genres together. We both grew up listening to really different styles of music and I think that’s something we were able to bring into our writing style in a unique way. Being that Collin is primarily a bassist, a lot of the time we tend to start writing a song with just a bass line and a melody and go from there. We like to keep things fresh and challenge ourselves by exploring different aspects of genres we like and incorporate our take of it into our songs. A little Pop meets Motown meets R&B.

At the moment we’re still booked for a festival in Rotterdam, Netherlands in the Fall, but as it is for most artists right now, all shows have been postponed for the time being.

We try and make our live shows an experience from start to finish. We like to keep the energy high and keep people entertained and also make sure it’s a safe space for people to feel whatever it is they’re feeling in that moment. We hope that people leave feeling more connected to each other and the world around them than when they walked in.

Devotion (feat. Mike Clay) not only because it’s our latest release but because we feel like it’s a good vibes kind of song, and at the moment I think we could all use as much positive energy as we can get.