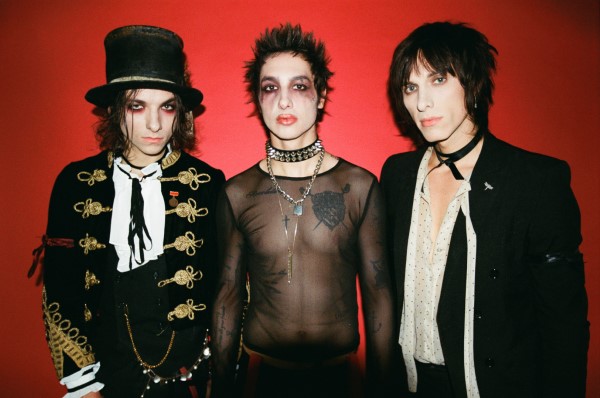 Palaye Royale is one of, if not the most exciting emerging rock act Canada has to offer. Winning 2018’s Rock Sound Award for “Best Breakthrough Artist” and nominated for the “Breakthrough Group of The Year” at this year’s Juno Awards, the band is beginning to align their name with the genre’s elite.

Their record, The Bastards was released on May 29th through Sumerian Records, one of the world’s most renowned alternative labels.

We had the chance to catch up with Palaye Royale to discuss their Juno Award nomination, their forthcoming LP, and how far they’ve come as a group.

How special is it to be nominated for a Juno Award? Having Canadian roots, is it something you’ve always dreamed of?

To be nominated for a Juno is quite a dream. Always remember watching them as a kid so to receive a nomination and hopefully a win is a beautiful career milestone.

Your band name derives from Palais Royale, the infamous ballroom in Toronto in which your grandparents met. Have you ever considered putting on a show there? I feel like it’d be a crazy time.

Yes, we actually were scheduled to have a pop-up shop and acoustic show there after our sold-out show at The Opera House in Toronto this May but due to Covid-19 we are rescheduling.

We most definitely will be having a live concert film from the Palais Royale.

You guys have reportedly played over 700 concerts in four years. How have you guys been dealing with so much downtime in quarantine?

Yes, in the fall of 2015 we got in our Mom’s SUV and left for tour… that tour did not stop till September 2019. It was the necessary step to build a loyal fan base and really become the live act we are today. The stories are endless and it was definitely not easy. Going from opening for any band that would have us to supporting Marilyn Manson + Rob Zombie during the summer of 2019 was something most bands dream of. We went from playing fan’s houses, clubs, grocery stores, yes grocery stores to selling out beautiful theaters and small arenas around the world. Now the fun really begins.

The downtime due to Covid-19 was a massive switch. We embarked on The Bastards world tour in February of 2020 and every show was sold out around the world. We played our last show in Warsaw, Poland, and to come to terms with that will be our last real show for many months is hard to swallow but if it was any show to go out on it was definitely one of those magical shows to remember.

The band has made a name for themselves by dwelling in dark themes like death, drugs, and faltering relationships. Can fans expect these themes to come out in The Bastards as well? What are you guys excited for on this record?

That is our personal lives that truly have lyrically shined on The Bastards album.

The album is the step we all made individually but collectively. A lot of back and forth in decisions because we all grew as individuals through those touring years but with that our influences, relationships all changed. Switched the gears while staying true to ourselves.

The record just came out and to have a #1 rock and alternative record during such awful times is bittersweet. The world is in such pain and we put out a record at the strangest time, the ego was detached during this release because we needed to use our platforms for change not filling our egos.

It’s so difficult for Canadian-hailing bands to make a name for themselves internationally the way Palaye Royale has. This website is all about Canadian musicians, so do you have any advice you’d like to pass along for up-and-coming artists here?

Just tour, tour, tour. If people like you they will come one by one. But that is for them to decide.

We played a hot dog shop in Edmonton or Calgary because they didn’t have many all-age venues for bands that were smaller. Get creative with you are and who you are as a band.

Internationally worked because we never followed trends and luckily the European, Asian, and South American fans came quickly because they read through bullshit a lot quicker.

Truly thankful beyond belief for the family we have created.

Your band went from playing a 90 capacity venue in Toronto to selling out a 600+ crowd venue in Toronto in just one year. Since then, you’ve toured with stars like Marilyn Manson and Rob Zombie and have had kind words spoken about you from the mouth of Slipknot’s Corey Taylor. What do you attribute all of this success to?

We never chased a popular sound or a popular image. We stayed true to ourselves. The iconic rock stars mentioned in the question have seen it all and they know what is up. They have done this long enough to read through bullshit… luckily we aren’t that. (hope to believe)