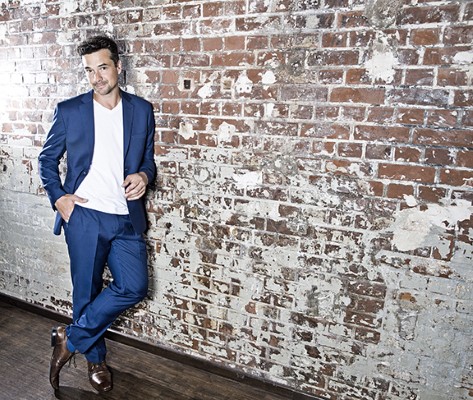 First aired as the hour-long live special Boogie On The Blues Highway on American Public Television throughout March 2020, Live In Concert delights as it delivers Kaeshammer and his band’s signature style, effortlessly weaving classical, jazz, blues, stride, pop, and — of course — boogie-woogie into a one-of-a-kind, immersive experience track by track.

Captured during a pair of intimate hometown shows at the Charlie White Theatre in his Canadian hometown of Sidney on Vancouver Island, the special showcases Kaeshammer’s insatiable sonic tapestry through a diverse set.

Live In Concert features brand-new songs as well as collaborations with special guests, including blues and soul icon Curtis Salgado for “Do You Believe?,” blues master Colin James for “Who Are You,” and rock legend Randy Bachman (The Guess Who, Bachman-Turner Overdrive) for “Takin’ Care of Business.”

“When it comes to Curtis, Colin, and Randy, first and foremost, I’m a fan of their work,” Kaeshammer says of the collaborations. “But then, I’ve been fortunate to develop good friendships with the three of them, so it was an honour to share the stage for these performances.”

“Sidney is where I do much of my writing, and I just love the summers there,” Kaeshammer says of recording Boogie On The Blues Highway and Live In Concert in British Columbia. “It was such an inspiring setting for these very special concerts, and I’m excited to share the experience with everyone.”

Check out the album below, and find out more about Kaeshammer via our Five Questions With segment.

My name is Michael Kaeshammer. I’m a Canadian pianist, singer and songwriter.

I grew up with my father’s record collection and his enthusiasm to early jazz forms. Anything from Louis Armstrong, Bessie Smith to Count Basie and Duke Ellington was playing around the house in my early years. My father also played some ragtime and boogie-woogie piano himself and taught me the fundamentals when I was 5 years old. That was my foundation as a child and between then and now I have delved into many musical styles that have piqued my interest and so have become influences in my style. Music as diverse as romantic classicism, 50’s rock’n’roll, 60’s soul, 70’s blues rock, 80’s hard rock and even heavy metal. As a songwriter I take life as my main inspiration and as a musician, I sing and play the piano the way I want to hear it with all those influences inside of me. People in the music industry call it “crossover jazz”, but for me, it’s just my music.

Considering that everything for the rest of the year has been cancelled due to the Covid-19 situation, we are mostly working on 2021 appearances. We have a European Tour booked for the spring and Canadian and US dates throughout the summer and fall. I just released a Live CD and DVD last week and will release a new studio album in March 2021, so there will be lots of music to draw from. I’m looking forward to connecting with a live audience again since they are another member of the band that is already congregated on stage.

As a songwriter, I would always say the last song I wrote. In this case, I would suggest “Who Are You” from the latest live CD. It features one of my favourite beats (New Orleans Second Line) over a simple 12 bar blues progression and lyrics that mean to ask everyone (inducing myself) who we really are deep down and staying true to yourself. Something that is very important to me.

I live in my own music and piano bubble and don’t keep track too much with other artist’s music unless someone plays it for me or I hear it on the car radio. Other than that I keep going back to my record collection and the music that really inspires me. I like my last live record (I think that counts as current Canadian artists).