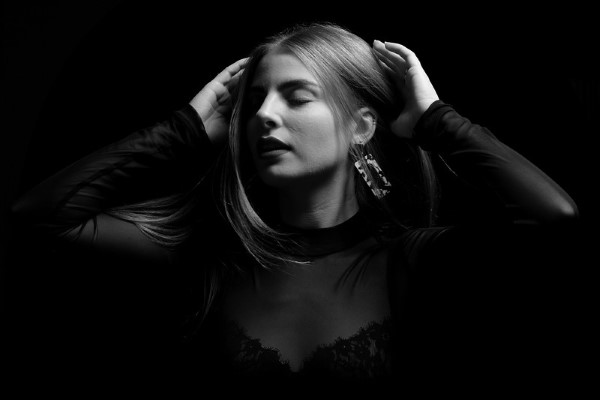 Vancouver, BC-based artist, Bella St Clair has released her debut single, “Not for Want of Trying”.

“Not for Want of Trying” is about not loving someone who loves you, no matter how desperately you’d like to. Not because there’s anything wrong with them, but simply because you’ve met someone new who ignites a fire in you that you didn’t even know you yearned for.

Check out the single below, and find out more about Bella via our Five Questions With segment.

Hello! My name is Bella St Clair. I’m a Vancouver-based theatre school graduate, song-writer and performer just trying to find my way into people’s hearts through a little pop music.

When I was 8 years old my mum bought me a little Casio keyboard. I spent every spare second trying to teach myself songs by ear, and after a few years, I convinced her to get me a vintage Roland electric piano and some lessons. I stuck with those long enough to learn a C maj scale and how to play all the chords to every song on The Killers Sam’s Town record, and that was it. From there I started to write my own music, and I can assure you at the beginning it was really, really bad. Really cringy stuff. I really felt that Adele and I were kindred spirits, but I was writing from a 12-year-old’s perspective, so you can imagine how that sounded.

It’s only really over the past few years that I think I’ve come into my own musically, and really found my writing style. When I’m writing, I imagine a conversation happening. I’m either writing as someone else, or in response to someone else. I think that little bit of separation allows me to get the thoughts out into lyrics and melody without being clouded by my own self-consciousness.

No live shows in the cards just yet (although I’m practicing with some live musicians so as soon as the world opens back up you can bet I’ll be out there) but keep an eye on my Instagram for info on live streams. You can always expect a little comedy and a lot of theatricalities, whether it’s on the stage or through the screen.

I’ve got to stick to Not for Want of Trying as it’s my debut release, and I feel it really encompasses everything I said about my writing style. I wrote it in direct response to a love song a guy wrote me, and I played it for him and pretended I’d written it months prior and all the words just happened to resonate with our current circumstances, totally coincidentally…

Good question!  Gracenote and Kor are two kickass, female-led choirs in Vancouver that sing a lot of original arrangements and have collaborated with some really dope local artists as well. Sound of Kalima are always going to be my favourite production duo – always inventive and creative and lifting other artists up. As far as hip-hop goes, Ekke brings his Ghanaian roots to his Canadian experience and writes some really incredible music. in the Vancouver pop scene, Andrea Clute, Chris Clute, and Madelen Duke all kill it… the list goes on!