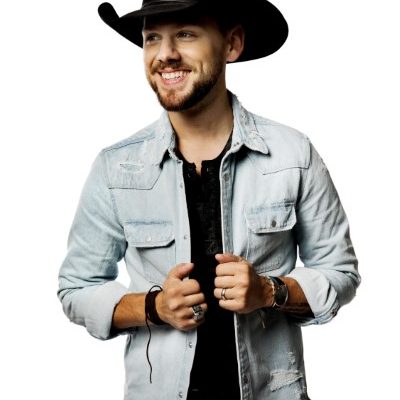 Safeway Canada and Alberta’s own Brett Kissel are pleased to announce that they are dedicating two charity concerts to 360 community heroes in the Edmonton area as part of the ‘Brett Kissel – Live at the Drive-In’ social-distanced concert series to thank them for their continued support and tireless dedication throughout this COVID-19 pandemic.

Brett Kissel – Live at the Drive-In will take place in the parking lot of the River Cree Resort and Casino on two different dates – Saturday, June 13 at 7 p.m. and Sunday, June 14 at noon, set-up with a massive stage and the Edmonton Eskimos’ large screen for viewing. His band will be playing from behind Plexiglas booths making sure that everyone is abiding by the social distancing rules and keeping safe. These shows will be an hour-long so it will be like attending one of Kissel’s live concerts – only different. The huge screen will make it seem like you are at a summer festival.

Concert attendees and those listening to the concert via Stingray will be encouraged to ‘text to donate’ to Food Banks Alberta with Safeway Canada matching donations up to $25,000 over the course of the two concerts. 100% of the proceeds from the ticket sales ($50.00 per vehicle) are being donated to Food Banks Alberta.

I had the great opportunity, through Canadian Beats, to chat with Brett Kissel about this first-ever drive-in country music concert and this is what he had to say.

Overview by Brett Kissel’s team: Nanci is a longtime friend of Brett’s since 2012. She was eager to ask Brett questions but understands he is very busy so she felt it was best to ask them via email. She is looking to get an understanding of how the initial idea of the drive-in concert came to be and what Brett and his partnership with Safeway have done to make this a reality for people in Alberta.

Artists and musicians who rely on live gigs for revenue are among the groups hardest hit by this economic fallout of the coronavirus pandemic. You and your band are doing your first live gig in about three months (the last gig being the fundraiser aimed to help those affected by the devastating tornadoes that slammed Tennessee). How does it actually feel for you to be back, not only performing live but to also be raising money for Food Banks Alberta, in partnership with Safeway Canada?

Nanci, first of all, hope you have been doing well and I am looking forward to the day we are all together again at a show so we can celebrate country music like we have done for so many years. In the meantime, I truly cannot wait to be back on a stage this weekend. Never could I have imagined performing under the circumstances we are in but thanks to music fans in Alberta, we are ready for a weekend of giving back. Together with Safeway Canada, country music fans and I can help ensure that Food Banks Alberta has the support it needs to continue providing critical resources and services for our communities’ most vulnerable and I am so proud that 100 percent of the ticket sales will be going to the organization.

People around the world have turned to music to help them through this crisis. You, personally, have risen to the challenge of COVID-19 and have used your own platforms to stay engaged with your fans, to create a sense of community and help your fans cope emotionally. These two upcoming shows are a kick-off to a new reality of music entertainment. How does it feel to be the leader of this new reality?

Music and specifically country music has served as a soundtrack to so many lives and if my music can help make someone’s day, or distract them from the reality we’re temporarily in, or just put a smile on someone’s face, that is why we perform. To perform a drive-in concert for Albertans is a one-of-a-kind experience and I am truly grateful to be a part of this moment in history. Canadians from coast to coast will have the chance to participate in the event during its live broadcast across the country on Stingray Music & Radio, with more stations being announced soon.

Who approached whom with this unique, first of its kind concept of a drive-in style concert – Safeway Together with Brett Kissel Live at the Drive-in?

The idea actually came from a discussion I was having with my team and as soon as the idea came up, my answer was an immediate yes. We made sure everything could be done safely for the fans and the crew and once we worked out those details, it was just a matter of days before we announced the event. When we reached out to Safeway Canada about creating the drive-in country concert, the idea resonated strongly with the team right away. The saying “tough times don’t last, tough people do,” helped inspire Sobeys Inc. team from coast-to-coast during this challenging time so the partnership was a natural fit.

This event has been so carefully thought out, providing safety (as required by Health Canada & Alberta Health Services), fun and excitement for those attending, working and organizing the two charity concerts. You must be so proud to be a part of it all. What advice can you give the fans that won’t be able to get tickets to see you live?

We’re beyond thankful to have the support of the local government and Alberta Health Services to bring this concert to life in a safe and responsible manner. Organizers have worked so hard to make this idea a reality to ensure all health guidelines and safety measures for proper social distancing are in place for concert guests, performers and staff. If you weren’t able to get a ticket, I hope you can enjoy the show from home by listening in on the airwaves. We just announced a show for next weekend in Regina, and while an entire drive-in cross-Canada tour may not be possible, I hope we can visit a few more cities if we are able to safely.

What does it personally mean to you to have Safeway store employees, emergency responders, frontline healthcare workers, and community partners from the Edmonton Food Bank and Food Banks Alberta in attendance?

Safeway Canada’s teammates are true heroes. Not only do they go to work every day to make sure families have food on the table, they also take care of their community and have raised millions through their charity. I wanted to find a way to say thank you to all of those who have been on the frontlines, including emergency responders, healthcare workers and community members during the pandemic so we added two shows just for them, each day at noon. I’m really looking forward to those shows to celebrate everything they have done to make our lives easier over the past few months.

You have a huge fan base and you also work tirelessly to support many fundraisers. Did you ever think that your single, “Tough Times Don’t Last, Tough People Do” would be an inspiration to so many and for so many reasons? And, do you believe, that when you perform this song, it will be the catalyst for your fans to donate to this worthy cause?

Hearing the reaction over the past few years to this song in particular has been so rewarding. I am actually releasing a brand new version of the song that I recorded last month. It stays true to the original but I reworked and reimagined it for this new version, we added some piano, and I look forward to having my fans hear it and hear what they think. Hopefully it does inspire my fans to keep giving back if they can or maybe it can help some people through this very difficult time.

How hard will it be for you to not be able to interact with all your band members while on stage?

If you have seen me perform before, and Nanci I know you have many times, then you know how much I like to move around on stage and interact with the crowd. I feed off the energy of my bandmates so not being able to perform the way we usually do will be different but if it means we can perform again, then I’m all for it. We are ready to entertain but we’re going to do it safely and I’ve been counting down the hours to this weekend since the moment we started planning.

Countless livelihoods are being affected right now, and the reality is that not all of your fans will have the capacity to support this cause financially at this moment. Do you have any suggestions for your fans that could help Food Banks Alberta in other ways?

Everyone attending the concerts will be encouraged to text and donate to Food Banks Alberta during the shows. Safeway Canada will be matching donations up to $25,000 over the course of the concert. I hope fans who are able, to continue supporting this cause even after the weekend is over.

The Saturday show has sold out. A Sunday show has been added and will also be a sell-out. As in the style of Garth Brooks, do you think you will add any more shows for this charity?

I was absolutely blown away at the response to these shows. We had just planned on doing one show on Saturday but tickets sold out in less than five minutes. So we added a second show, and it sold out immediately. So we added another, and another. In total we are doing eight shows over two days. I wanted to keep going but we ran out of hours in the day!

This has been such a challenging time for the music industry and the Coronavirus has drastically reshaped how artists’ livelihood has changed. How can other artists give the experience to their fans, as you are about to give yours with this drive-in concert series?

I think a lot of artists miss that ability to physically see their fans in the crowd and hosting live music shows. We are all trying to figure out how we can keep entertaining fans until we can return to normal, whether that is online or in person.

Brett, thanks so much for all you do for the country music community and to help make this world a better place. – Nanci

Canadians from coast-to-coast can enjoy the concert by tuning in to their local Stingray radio stations. For a full list of stations broadcasting the concert, please visit: https://www.cfcw.com/brett-kissel-live-at-the-drive-in-2/