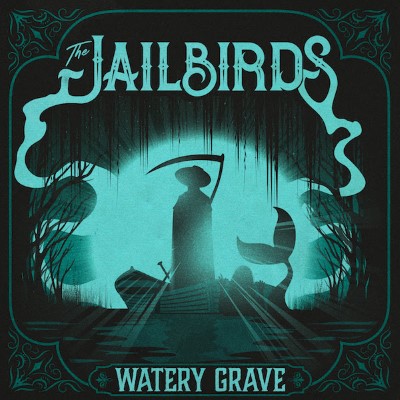 The Jailbirds have released their latest single, “Watery Grave.” The new single is the first to be lifted from their forthcoming EP. “Watery Grave” is available now through Golden Robot Records on major music streaming platforms. The new song shows the band in fine form, with chunky and earthy riffs, 70’s classic rock sense, scintillating vocals, and a power-laden rhythm section.

Over the course of the last three years, The Jailbirds – consisting of the intricate guitar work and powerful vocals from Myke Penney, the sludgy bass lines of Liam Hills, and the pounding drums of Eric Parent – have performed extensively across Ontario demonstrating, both in the studio and on the stage earning the reputation of a band you simply must hear.

2019 has proved to be a huge year for the band. Beyond releasing their debut studio EP The Black River, The Jailbirds have received phenomenal response from their dynamic live performances. The band spent a majority of the first half of 2019 touring extensively throughout Ontario and Quebec in support of The Black River, most notably including a set at last year’s Voodoo Rockfest near Kingston, Ontario. The band also churned out two video clips for their songs “Black Madonna” and “The Black River.”