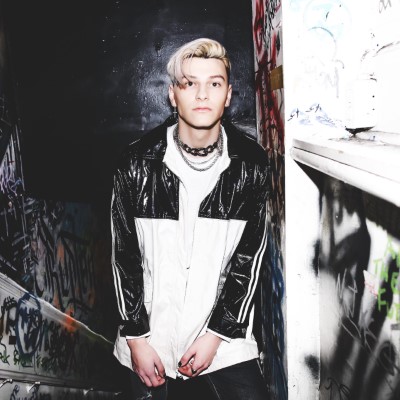 New Brunswick’s Levi Rowan was set to play packed venues while on tour with Neon Dreams, but then COVID-19 hit, so until it’s safe to tour, he has been working on new music. He has unveiled his new single, “Honest”, which is available via every platform.

“Honest is about the duality of love and media. So often we put our relationships on pedestals due to what we see in TV and film, ultimately creating false and damaging expectations. The verses of honest are full of movie references and wishes of how my relationships could be, the hook, in contrast, is a showcase of real life. Sometimes it’s hard to get out of bed, sometimes we fight, and because of these insane standards we’re meant to live up to, sometimes we self-destruct our relationships.”

Check out the video below, and find out more about Levi via our Five Questions With segment.

My name is Levi Rowan, I’m a pop/hip hop artist from a very small town called “Belleisle” in New Brunswick.

My music is a combination of late 2000’s hip hop influences like Childish Gambino, and melody-driven  pop such as blackbear. I figure if you can make pop songs with the lyrical athleticism of hip hop, it would be hard for people not to have it stuck with them for weeks or months after release.

My writing style has changed a lot even in the past few months. When I write currently, I start with melody, I freestyle melodies over the beat for about ten minutes and if it’s there it’s there, if it’s not, it wasn’t meant for me. I then pick the best melodies for each section of the song and write to those, most of the time, accidental words I say while freestyling are the backbone of the whole song. I usually laugh at some point in the middle of recording them, about how stupid I sound when my roommate is taking business calls upstairs.

Since the pandemic canceled most shows on my horizon, I don’t have any at the moment. I’m sure we will reschedule the ones we had planned, I just pray Newfoundland gets rescheduled, that place is wild.

My performance style is focused on storytelling. Most of the songs that I have are about moments in my personal life that I know people can relate to, so having the audience engaged in that story is crucial. I like to treat performing like a roller coaster of emotions, we’re gonna turn up and have a good time but I’m also trying to make you feel something, I want people to leave my shows thinking a little differently and understanding me a little more.

“Honest” for sure. This track just has so much in such a short time. It’s full of references to movies I love and directors I idolize but also sends the message to live your own life and don’t let the perfection of what you see on TV make you feel like you’re not living up to some gold standard. I feel like too often people(myself included)  look around for other things to validate their relationships when they’re not going well, or make excuses for it, when in reality maybe things just aren’t working, or maybe there’s something in you that needs to be changed.

Canadian beats is all about Canadian music, so who are your current favourite Canadian bands/artists?

My boys Neon Dreams are unreal, they just put a song out called “Sick Of Feeling Useless” that needs to be on your alt-pop playlist if it’s not already. It’s again rare to see artists whose lyrics and melodies are equally attention-grabbing but they do it every time.  Their live show is also ridiculous, I’ve never seen energy like that on stage.

My brother is in a band called Motherhood that are getting a lot of recognition as well, they call their music Circus Rock, and their tempo switch-ups are unreal. Part of the reason I started making music at all is watching these guys destroy when I was like 15. The music is grungy and kinda country, and you gotta see them live.

The last person I’ve been really into is Allan Rayman, I only started listening to him a couple of months ago but he’s a really great storyteller. I love voices that make a person sound like they’ve been through some shit also. His album Christian has been a favourite of mine.