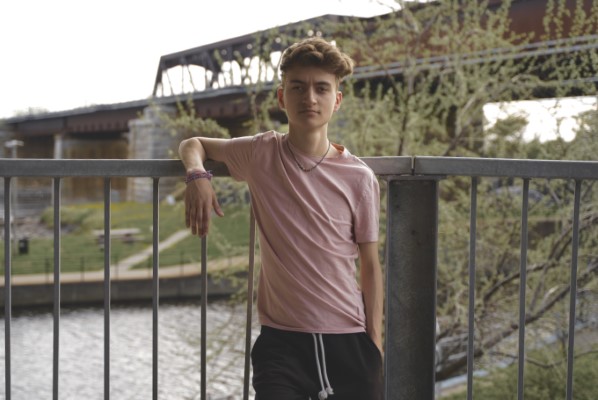 Montreal’s own Housefly has released his new album, Linearity. On top of the release, he has started a campaign to donate 50% of proceeds from album sales to The Black Legal Action Centre, The Women’s Legal Education and Action Fund, and Rainbow Refugee, which is a fund aimed at helping LGBTQ+ refugees resettle in Canada.

Check out the album below and find out more about Housefly via our Five Questions With segment.

My name is Housefly, and I’m a twenty-year-old multi-instrumentalist and producer from the West Island of Montreal. I began playing classical piano and composing when I was five, and 5 years later was selected to represent Quebec in a national youth composition competition. That same year I began creating music on my computer, exploring a bunch of different genres including rock and classical and incorporating my additional training in drums and guitar. Eventually, I discovered my passion for creating electronic music. I started studying jazz piano when I was 16 years old–with encouragement from my music teachers from high school where I played tenor saxophone in band class–and fell in love with jazz. I have just finished my first year at McGill University in Montreal, working on getting my bachelors in Jazz Performance.

I’ve found that my creative output blends my classical training, my jazz training, my EDM background, and any music that I may have heard that day, a blend that I think will become extremely evident in my upcoming album, Linearity, set to release on June 5th 2020. Everything I hear tends to stick with me, for better or for worse. Sometimes I’ll make a track and show it to someone and they’ll show me another song that sounds similar, whether it’s a similar melody or even similar instrumentation. Even though my music draws inspiration from several different places that shouldn’t theoretically work together, I think it has a sort of familiarity that makes it bearable and even replayable.

Unfortunately, COVID happened and put Housefly’s performance plans on hold this summer, but once I’m able to play shows with my nine-piece group we’ll be able to perform and share the positive energy inherent in my music. Even though I’m a one-man band when it comes to the composition and production of my music, I love writing for ensembles for live performances, especially since I think it’s considerably more entertaining and impressive for the audience to see a large group of trained musicians perform. The largest group I’ve put together for a performance was a nine-person ensemble for a Housefly show at the Rialto Theatre last summer, which consisted of three string players, three horn players, a bass player, a drummer, and myself playing keys, guitar, saxophone and ukulele. I think my passion for music really comes out on stage, a feeling that I love sharing with my fans.

If I were to suggest only one of my songs for someone to hear, I think it’d be “Of The Prairie”, the first song from my upcoming album. Of The Prairie does a good job of demonstrating my ever-changing style, since it combines classical harmony, a pretty jazzy solo, and some EDM influence. This song is also one of my favourites from the album, and in many ways gave me the idea to create the album.

My current favourite Canadian artists are the creatives with whom I collaborate. I am part of a collective based mainly in the West Island and Laval called Kids From The Underground, consisting of producers, artists and like-minded creatives who’ve come together to share their artistry and skillset with one another. I’m very grateful to be part of this mosaic of a group since we all come from such diverse backgrounds and are able to collaborate and inspire each other. Kids From The Underground consists of me, Samaether, Mosez Jones, Hxx, Fernie, JAD, and New Sounds Better Sounds. My other notable favourite Canadian acts include Kaytranada, Zach Zoya, Half Moon Run, Shay Lia, High Klassified, Maky Lavender and Léonie Gray.