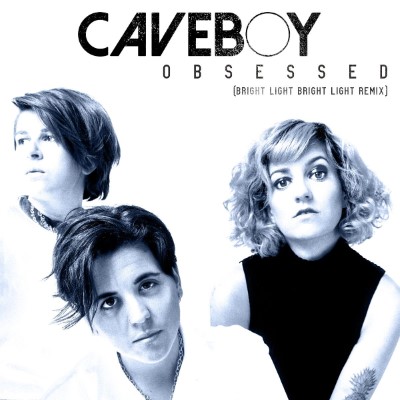 Caveboy have just released the track “Obsessed” (Bright Light Bright Light Remix) today. The alternative-pop group from Montreal, teamed up with the Welsh-born, NYC living artist to take a new spin on the track from their debut album, Night in the Park, Kiss in the Dark which was released this past January.

“Caveboy are my favourite new band and I’m completely in love with their album” says Rod Thomas (Bright Light Bright Light). “As soon as I discovered them, we started chatting and as well as getting their gorgeous vocals on my own track it was SUCH a joy to remix a song that I’m LITERALLY obsessed with. At the start of lockdown, it was such a help having this killer track to work on, and making this remix really lifted me out of a slump and made me feel sassy, ridiculous and free, which I hope it makes everyone else feel while dancing to it!”

Since the release of Night in the Park, Kiss in the Dark, the band has celebrated sold-out shows in both Toronto and Montreal. The band recently started hanging out with fans on Tuesday nights as part of their Tunesdays with Caveboy. Each week the band spends an hour on Instagram live discussing the creative process of one song from the new album, and then follow it up with the release of a stripped-down version as part of their “together/apart sessions.” They’ll begin Side B of the album on June 16.