Five Questions With Joseph of Mercury 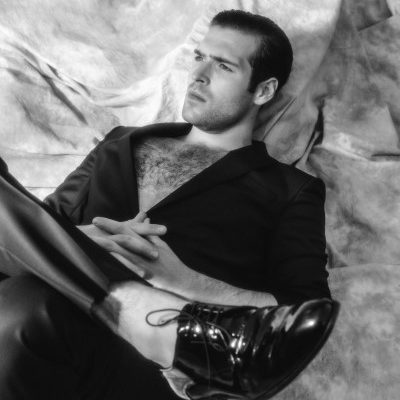 Toronto, ON-based performer, Joseph of Mercury recently released a video for “DTA – Don’t Trust Anyone” which follows a relationship as it ends. The new single was released along with a reimagining of his single,  “KYR 1960” from his EP, Wave II. All were released on May 28, 2020.

Check out the video for “DTA – Don’t Trust Anyone” below and find out more about Joseph of Mercury via our Five Questions With segment.

I’m Joseph Of Mercury, I’m a Toronto based singer/songwriter/producer/performing artist/ traveler, and most recently #girldad. I have been doing this for some time now, though I feel like I’ve only just hit my stride. Tomorrow I may find myself off of the path again and an hour later at the peak of my creative lifetime. Being an artist is a certain kind of productive mania. I started my “artistic journey” as a creative writer (there are a few unpublished novels kicking around) but when I found my way into music all of a sudden I just couldn’t bear to do anything else. Break ups, deaths, brushes with my own mortality, shattered spines & centuries worth of dead ends, and still after all of it, making more music…well it just continues to be the only thing that makes sense.

I write visually, I come upon a sound or a chord or a moment that evokes some phrase and then an image in my mind, usually something vague and simple, and held in stillness but wanting to move, so I keep looking, and images form more clearly, they start to shift and play, and suddenly there is a story, there are characters going through some moment, joyful or painful, and I just follow along, like I’ve spun myself into another world or time and I’m just recording it in song.

The most recent incarnation of my live show, was a full band, 5-piece plus little old me, and it was great. We were in a real groove. We had and still have matching suits. Really I had only just begun delving into the good stuff – stage lights and projections, really crafting a spectacle, likely at some near point in the future I’d have leaned into flamethrowers and lasers, however, that’s all on pause.

Like many artists, I’m reimagining what this looks like, but it’s certainly freeing in a way. I’m more of a painter than a photographer. I go off and labour, deliberating over colours and negative space. I can’t simply capture a perfect moment off the cuff, I mean sometimes there are flashes of genius that seem from somewhere else and it’s just there, whole and ready to hear and see. But most often it’s time spent building, designing, refining; so this allows for that in a live space which is exciting. I can bring something to you, to this infinite glass portal that you carry around in your pocket or place on your desk. We have some things in the works so I suppose, see you soon.

Not one of my songs, but a song that means a lot to me. Ebb Tide by Ken Griffin, an organist from the 1940s, it is the sound of the inside of my heart and mind. When I heard it for first time it was as though, I don’t know, running into myself in the hallway. Getting the immediate sense that I’d likely know this familiar stranger for the better part of my personal forever.