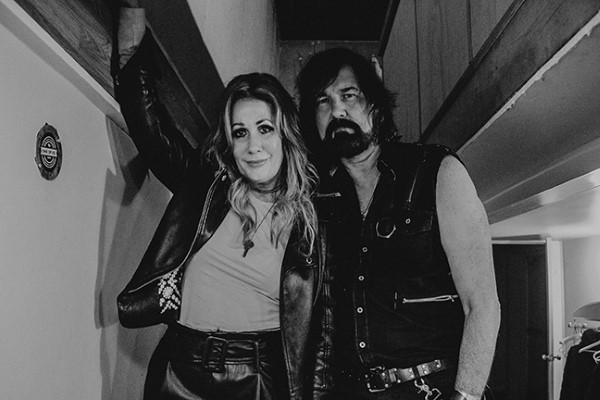 Such sound is par for the course for the no-nonsense, fluff-free, and straight-to-the-point singer/songwriters who draw inspiration from the likes of Aerosmith, AC/DC, Rolling Stones, Whitesnake, and Sass Jordan, to name a few. This is the sound that D2UR is becoming increasingly known for.

Check out “Little Sunshine” below and find out more about D2UR via our Five Questions With segment.

D2UR is an original act based out of Winnipeg, the nucleus being Diane and Mike Isbister on vocals and guitars, rounded out by fellow Winnipegger’s David Sikorski-Thorn (guitar), John Colburn (bass) and Stephen Broadhurst(drums). D2UR has risen from the wreckage of a cover band, same name, and began its metamorphosis as an original band in 2010. We have produced two full-length studio albums since Rev U Up and Tic Toc and recently released 3 new singles, which feature bone-crushing beats, infectious bassline grooves, and rocking guitar. Following in the same rock vein as their second album “TIC TOC”, all 3 D2UR singles will rock your soul. “Wild Ride” is a full-tilt classic rocker of hell-bent destruction. The song twists and turns dangerously while the pedal is through the floor. The Bass pulsates and grooves while the drums pound feverishly. It’s one ride you’ll want to take over and over till the end. “Where’s the Rocket” is an up-tempo rocker about crazy antics and good times. Di wails through the wall of guitars, driving bass and thumping drums, as the song drives to a frenzy. “Little Sunshine” opens in a haunting dark mood and the vocals spin a tale of deceit and lies. The chorus kicks in and unleashes no mercy. It is a rock n’ roll tale of abuse and sadness draped in bombastic rock layers.

Our first album was a compilation of songs we wrote together while D2UR was still a cover band. We always managed to play original material throughout our bar sets and people enjoyed the songs. When our Rhythm section imploded, we decided that we would cull together our material and record an album. There wasn’t really a conscious decision about how the music should sound so much as gaining the experience. Once the album was done and the CD release party was complete, we went right back to the studio to record number two because we just loved the process so much. The second album was consciously harder-edged and after gaining some experience from the first album, we wanted to set a different path. We’ve been heavily influenced by many bands from the past like AC/DC, Montrose, Deep Purple, Ted Nugent, Tom Petty, and a host of others. Our songs are derived in a few different ways. One method has been through finding a great riff in the studio and expanding upon it and then flushing out the song with good parts. Di will usually write the lyrics or use some lyrics from the past as a starting point. Other times, Di might come up with the basis of a progression and we work the remainder of the parts out together, For Little Sunshine, Diane came across some old lyrics and began strumming a few chords and singing. Once I had that basic information, I arranged the rest of the song in ProTools.

We currently have no confirmed gigs with C-19 still a factor. We had a few festival gigs booked this summer, but they were canceled due to circumstances. We’re not really a bar band. We’ve done a number of freebies at outdoor gigs in the past. It’s difficult to tour because everyone is pretty rooted here and I am a partner in a local architectural firm. We are really looking for festival and supporting act gigs.

Our sets are usually pretty varied and go from high energy songs and then we’ll pull back the reigns and slow it down for a bit. We always end on more of our high energy songs. There is usually dancing by the crowd involved throughout the show. We’re building our live show and continue to improve our performances every time out. We are looking to improve the concert experience with some set designs in the near future.

Currently, “Little Sunshine” has made some traction on Spotify and continues to garner attention. It has all the attributes of a great rock song and there are many twists in the song to keep one’s attention.

We are pretty high on the Glorious Sons currently as well as bands like Monster Truck, The Sheepdogs, Toque (Brent Fitz recorded our drum tracks for the Tic Toc album and our new singles), the Beaches to name a few.