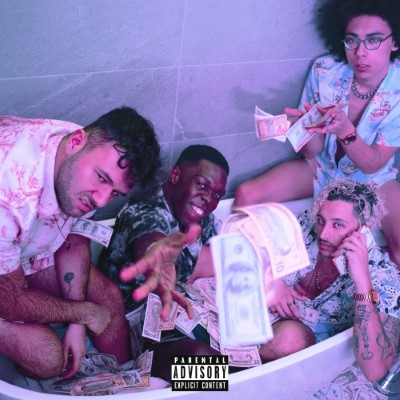 This album makes me smile—physically, but also in mind and soul. The Free Label’s upbeat pop style, fused with R&B and hip hop, packs a whole lot of fun and positivity. The Toronto group’s bright guitar rhythms, glossy beats, and recurrent funky basslines are hard not to bounce along to. It’s been raining an awful lot where I live, yet every time I listen to this, the whole world feels like sunshine.

M.I.A. seems designed for good times, as is clear right from its opening titular fantasy of having enough money to keep the celebration going all weekend. And that vibe persists through to the closing lyrics of “All Night,” a tribute to those revelries you never want to be over. Even “Up in Flames,” while touching on dismal ends, does so in a hopeful way that suggests making the most of things. This song is also notable for the complimentary vocals of indie-pop artist Oleyada, whose contribution meshes pleasantly with the sung and sometimes rapped vocals of The Free Label, though I’ll admit I hadn’t experienced either’s music prior to this album. Upon a single listen, however, it felt as though I had.

Most of these songs could easily fit into the pop charts alongside the likes of Shawn Mendes, or maybe AJR. Speaking of Mendes, I should acknowledge the strong resemblance between the chorus of The Free Label’s “Without You” and that of the other’s “If I Can’t Have You,” though I have no reason to suspect this is any more than a coincidence. The Free Label’s quality and flair are simply redolent of, and approaching par with, such established artists as those mentioned.

So will these guys ascend to the same heights of success? It’s too early in their career to tell; this is only their debut full-length, after all. But if M.I.A. is a true indication of their future potential, The Free Label might have what it takes to blow up big. In the meantime, consider this for your next party soundtrack!