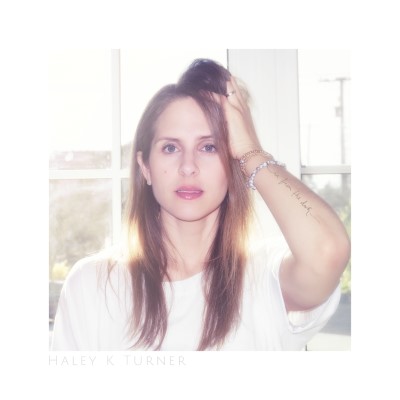 At a time where a physical embrace is at a premium and people globally are struggling to stay connected to one another, in from the dark is the record to bridge the void. Listening to this latest offering of ten folk-inspired pop tracks from Kelowna, BC’s Haley K. Turner feels almost like a breezy walk on the beach the way Turner’s pure, soulful singing voice softens and soars in perfect step with her music. Touching on several subtle motifs of country, folk, and bluegrass, in from the dark is lifted up by its tasteful instrumentation to also show off Turner’s raw and heartfelt lyricism which presents itself over a wide range of themes and emotions.

The record’s opener, “Good Life”, shows Turner’s admirable determination to always strive toward becoming a better person while still honouring your weaknesses, “to love more than hate”. In this way, Turner’s songwriting exudes a level of maturity and experience that gives so much more weight to her words. The non-reliance on hooks and genre gimmicks with emphasis placed more on harmony and lyrics speaks to the prevailing feeling given off on this album that Turner is right there in the room with the listener; that there is a human face behind these words.

Track three on the record, “Stay With Me (Jacob’s Song)” explores themes of loss and remembrance as Turner recounts her memories of a friend she lost too soon. The track is underlined by a simple acoustic guitar melody and some subtle vocal harmonies around the choruses to further elevate Turner’s evocative and heartfelt lyricism.

Following up is “Heavy Lifting”, which touches a slightly bleaker tone as Turner laments over the feeling of having to carry the weight of a relationship that just isn’t meant to work out. This lyrical theme of reaffirming self-worth yet again shines through on this track as Turner effectively leads by example on how to love yourself, just as much for your own sake as for others. Even the title of the record, in from the dark, points toward Turner’s ability to create a shelter with her songs that both invites you in, but also allows some of these darker feelings to be explored in a constructive way.

Perhaps the strongest example of this idea put forth on this record can be heard on the second to last track, “Loved You Perfectly”.  Turner puts this one out for all the moms (herself included) on this honest and emotional track. “Loved You Perfectly” hears the singer attempting to do right by her mother by expressing her perfect love, if at times she herself isn’t perfect, and hoping to do right by her own children in turn. Some violin accents swell here and there in the background, but the listener is always drawn back to Turner’s voice which carries deep emotion in every note she sings.

in from the dark doesn’t revel in blind idealism. It doesn’t spew cheap mantras through a cloud of gimmicks and over-production. In fact, it’s greatest accomplishment is its expression of all of these “imperfect emotions” – these feelings that are too complicated to be condensed into singalong choruses. in from the dark is mature and somewhat reserved, but warm and welcoming nonetheless. In a way, this record speaks a lot to what the world is in dire need of these days.