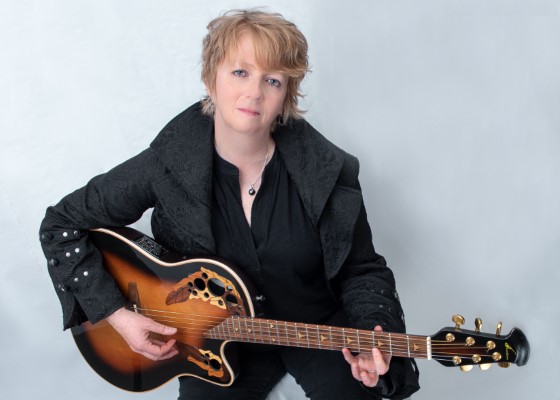 “‘Compassion Machine’ is a series of metaphors, and an anthem, for how we seek connection through technology, and, at the same time, what that technology does to us as we seek connection through it,” says Kele. “Each one of us has a compassion machine. It may take many forms – a religion or faith, a cell phone, a video game, a bottle of wine, a show to binge-watch on Netflix. The compassion machine is a salve to the day-to-day grind and helps numb out the pain of disconnection in the modern age.”

The single is the second to be released from The Song I’ll Write For My Whole Life, which is set for release on October 2, 2020.

On Saturday, May 30, Kele will be doing a Livestream single release party through Side Door. Get more information HERE, and check out the video for “Compassion Machine” below, along with our newest segment of Five Questions With.

Hi, I’m Kele Fleming and I’m a singer-songwriter from Vancouver.  I’m releasing my 4th solo album, ‘The Song I’ll Write for My Whole Life’, on October 2nd of this year. I was born in Trenton, Ontario, and grew up in small military towns in Ontario, Nova Scotia and on Vancouver Island in BC. I relocated to Vancouver to go to university and founded early 90s Vancouver indie-pop band Hazel Motes – which, along with acts like Lava Hay and the Grapes of Wrath, was said to help define the city’s sound for that era.

My music has been described as literary pop or baroque pop, and I’ve embraced this! I love writing lyrics and poetry and most of my songs spring from my written words scribbled in my journals and on scraps of paper. The environment, modern dislocation, coming of age as a queer person and the lives of women, are common themes in my music.  My musical calling cards are my jangly electric & acoustic guitars – a throwback to the days when indie meant raw – and my melodies and voice.  I love the power of the human voice and work hard to give my voice the space in my music to shift from choir girl naiveté to rock ‘n roll edge.

Sadly, like many musicians, my plans for touring and live shows have been put on hold in the face of the COVID-19 pandemic.  So, with a series of singles and a new album coming out this year, I’m finding new ways to connect with my audience.  I have a Livestream single release party for my new single ‘Compassion Machine’ on Saturday, May 31st, 8 pm PT.  It’s a Zoom Livestream show booked with Side Door. (You can get tickets HERE.)

This will be the 2nd Livestream show I’ve done since the pandemic began.  I did my first one in April and it was so amazing to be able to connect with people over music again.   Even though we were virtual, the audience connection was so strong!  My live performances are all about connection and bringing people together with song. I usually perform with my band (we’re a 4-piece – bass, piano, drums, guitar) and I’ve really been missing them.  I’ll keep experimenting with technology and plans are in the works for more virtual shows (hopefully with the band) leading up to my album release in the fall.

My new single, ‘Compassion Machine.’ The song is built around a series of metaphors, and it’s an anthem, for how we seek connection through technology, and, at the same time, what that technology does to us as we seek connection through it.  Each one of us has a compassion machine. It may take many forms – religion or faith, a cell phone, a video game, a bottle of wine, a show to binge-watch on Netflix. The compassion machine is a salve to the day-to-day grind and helps numb out the pain of disconnection in the modern age. I didn’t plan to release this song in the middle of a global pandemic but the subject matter of the song now seems eerily fitting for these disconnected times!