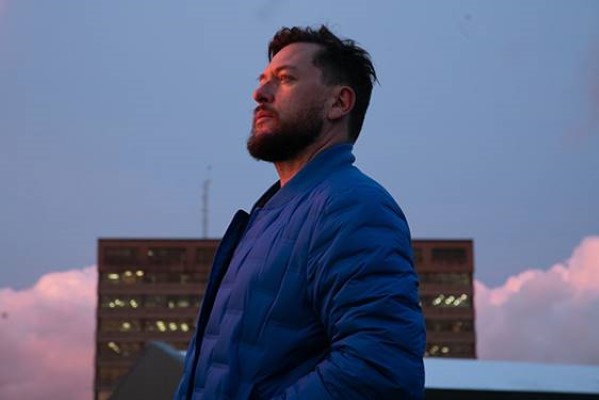 “Falling is an album where I took time and perspective about my music,” the Montreal-based artist says of the LP, touching on how it weaves a series of social flash points into a genre that doesn’t often touch such. “It reflects what I have been through the past years, musically and personally.

I wanted something else, more ‘mature’ music and less ‘club’ music. Music you can listen to on your couch and is still relevant.”

Check out the album below, and find out more about Fonkynson via our Five Questions With segment.

My music being immensely influenced by the French house movement of the 90s is a cross between the classy/disco house sound and the more urban beat making sound of Montreal where I’ve been living for the past 15 years.

So you can expect my music to be energizing, synths driven, disco-ish, bassy, and bouncy house music.

I write music for people to dance, lose themselves into.

During these pandemic times, the club and show scene has been totally shut down. While we’re all wishing it all reopens soon, I will air a live video show in the very near future.

When I’m DJing at a show or in a club, I always keep in mind why people are here, to dance. I take really good care of my music selection and interact a lot with my crowd. I try to make it a very energetic sound journey through my set, with a beginning a middle, and an end.

That is a very tough one, some tracks of my precedent album probably would describe who I have been musically for the longest period of time. But having matured in my style and in my career, I now would say “Giving U Up” Ft Desiire & Kôsa. It’s a house, bass-driven, melodic, disco, 90s influenced, vocal duet track, that has been really challenging for me, technically and creatively.

I’m really proud of this song, the writing and amazing performance of Desiire and Kôsa have made me want to go way past my comfort zone, and I feel like I stepped up.