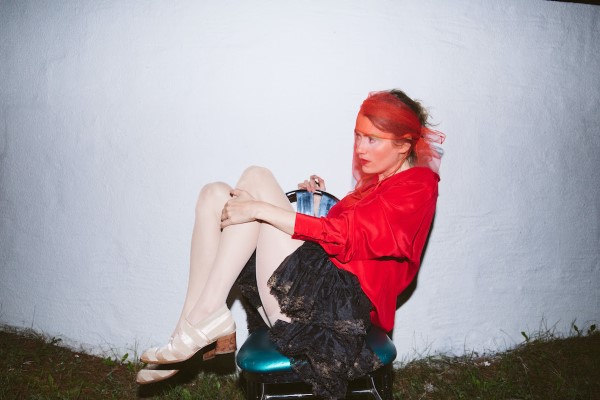 Toronto-based, Lou Canon will release her third studio album, Audomatic Body, July 10 via Paper Bag Records. The new single from the album is titled “M.O.T.R.” and is out now. Written during a trip to California in February 2019, during a period of isolated, fervent creativity, the raw, emotional song speaks to the current times and explores the hedonistic human quality of needing to be seen by oneself as well as others. The song features a French spoken word provided by Montreal’s Frannie Holder (Random Recipe).

Audomatic Body belongs on its very own plane. Kinetic beats pulse within its swampy waters, where natural and synthetic vibrations coalesce beneath Canon’s delicately distorted, sometimes almost-whispered vocals. Flashes of intimacy, imagination, loss, and rejuvenation punctuate the entrancing set of songs theatrically shaped with motifs and featuring voices that will later be heard on the record. Amongst those voices are Ariel Engle of Broken Social Scene/La Force, Hayden, Tim Kingsbury of Arcade Fire, and Brendan Reed of The Unicorns/Arcade Fire.

Parts of the album were recorded with Grammy-winning producer Mark Lawson (Arcade Fire, Timber Timbre, Basia Bulat) in Montreal, while others were made in home set-ups at a little cabin in the Russian River, up north in Grey County, in Prince Edward County and in Toronto.

Audomatic Body will be released on CD and pressed on limited edition ruby red vinyl. Pre-ordered vinyl will be numbered through 150 and signed by Lou herself, get it here.