Five Questions With The Adam Brown 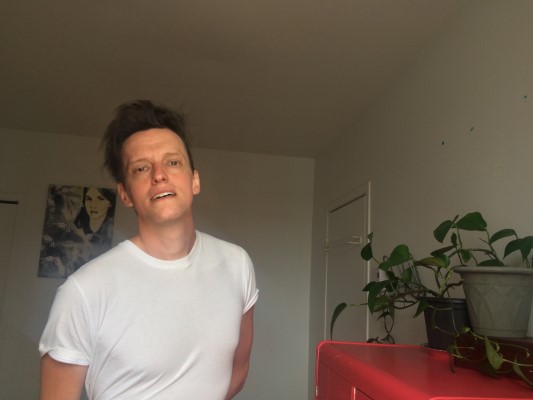 Produced and Mixed with my Macbook at different residences and practice spaces around Adam’s hometown of Montreal, and mastered by Tim Debney (The Clash, Thom Yorke, Elvis Presley to name but a few) at Fluid Mastering, Hammersmith, London – this new tune is dead on Adam.  “This is the most The Adam Brown song I’ve ever written.

Check out “It’s Emotion!” below and find out more about The Adam Brown via our Five Questions With segment.

Really I just try to follow whatever freaky melody that passes in front of me.  My favourite thing is when the verses are dark and complicated but the choruses are massive and anthemic.

Obviously not during the pandemic,  which sucks cause we’re pretty great!  We try to bring you a Rock n’ Roll dance party and depend on the claps and tambourine participation of the crowd.

I might even say It’s Emotion!, it may not be the heaviest, but it bridges the gap between our two albums and maybe the most The Adam Brown song I’ve ever written.