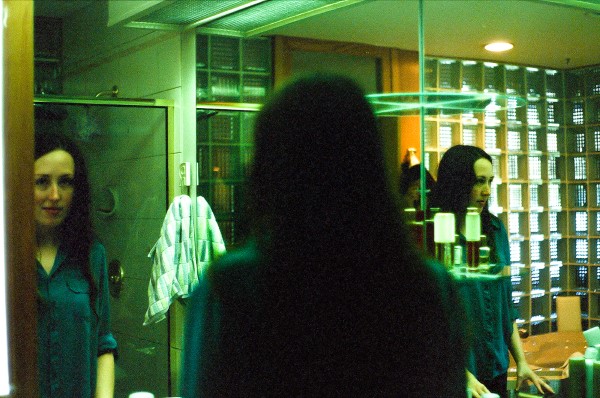 Winnipeg, MB-based musician, songwriter, and producer, Paige Drobot has teamed up with us to unveil the brand new video for “Woman”.

Check out the video below and find out more about Paige Drobot via our Five Questions With segment.

I’m Paige Drobot, a musician, songwriter, and producer from Winnipeg.

I write my songs in one sitting. I don’t go back and change lyrics. The first thing I think of is probably the realest thing I’ll think of. Musically, the arrangements are influenced by such a wide variety of different artists ( LIFE LONG NERD) that I kind of think it’s irrelevant. My songs are influenced by my experiences and are not limited to musical experiences in the slightest.

We are going live for the release of “Woman/Everything” on June 5th. Live, improvised guitar solos are my specialty, I guess.

Check out my newest single “Woman”. It ended up pretty cheeky in its execution, but the idea is serious and important: The gender binary system is stupid, and music has nothing to do with any of it. I am sick of the term “Female-fronted band”. I’m sick of getting hired/not hired because of my assumed gender identity. I’m pretty sure nobody is playing music with their genitals (prove me wrong: this could get interesting lol) and your gender identity has nothing to do with anatomy anyway. Also classifying music “best”, is stupid too, art is no competition I know some people mean well, but I don’t want to be on another “Best Female Guitarist” list ever again for the rest of my life. It’s doubling down on things I don’t relate to.

The music “industry” has been dominated by men, and the things women go through (many of which I have experienced first hand, heard about second hand, or have read about my entire life) are unacceptable.