Absolutely Free shares music video for “The Office/ The Community” 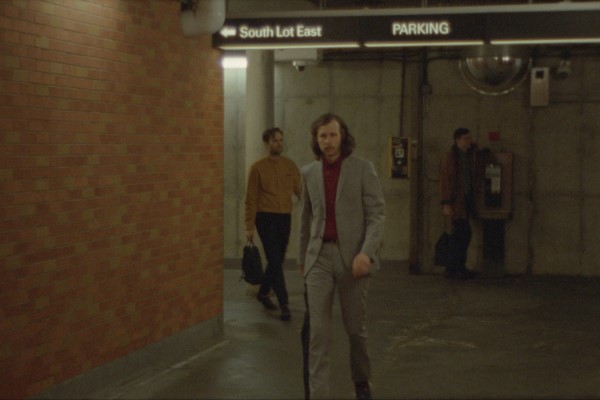 Toronto’s psych trio Absolutely Free releases the music video for ‘The Office/The Community’, a track from the recent release of the original soundtrack recording for the art-house film Two Cares Due None.

Absolutely Free consists of Michael Claxton, Moshe Fisher-Rozenberg, and Matthew King. According to the band, “the film entranced us into a distinct musical universe. There was no resisting its aesthetic demands, which lead us deep into compositions that indulge mood over melody, exploring the subtleties at the periphery of what we have created live and on record up to this point.”

The music video for ‘The Office/The Community’ features “footage captured by directors Melissa Fisher-Rozenberg and Chris Boni on location in Iceland, Italy, and Canada.” The band “articulates the dark pastel images of towering countryside with a tense blend of whistling synthesizers and shuffling electronic rhythm that forms one of the score’s central melodic themes.”

Although Absolutely Free’s resume already boasts scoring short films by Norman McLaren for the National Film Board of Canada, the soundtrack for Two Cares Due None marks the band’s first foray into a feature-length composition. “The gorgeously haunting and masterfully responsive score distills the film’s dramatic landscapes with suspenseful notes of magic-realism and minimalism. Its stirring, mysterious instrumental compositions range from reflective ambiance to polyrhythmic electronic music.” Taking the main concepts of the film, the band created a soundtrack that created incredible fluidity and adorned “the imagery in distinctive, otherworldly sounds.” The tracks the band created “replies to the authentic locations, concepts, and production design with their own significant vision, enhancing the surreal dimension of the story.” All this can be clearly seen in the video for ‘The Office/The Community.’ It is sure to take you on an adventure!