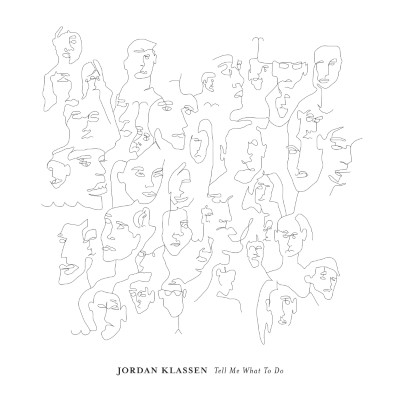 Tell Me What to Do is the newest album from Vancouver based artist, Jordan Klassen. An artist with almost 10 years of making music under his belt, the experience of a lengthy career shows in every corner of the album.

Tell Me What to Do is a tranquil pool whose calm surface betrays hidden depths of swirling emotion below. Using very gentle, almost whispered vocals (akin to the likes of Sujan Stevens), Klassen layers a breathtaking mix of traditional and electronic instruments to varying degrees of kinetic potential; From guitars, violins, harpsichord, drums, xylophone, piano, and clarinets, there are also electric samples and drums, to samples of water and fireworks. The tracks have consistent melodies, but on top of them, Klassen layers sounds that jump in and out, occasionally swelling to a tidal wave, to make a moving ebb and flow of emotions. The overall theme of the album seems to be a desperate need for authenticity, connection, and kindness from the listener and the world in general in a time of great anxiety. Each track captures its own identity based on this theme though, moving from hopeful pop to ethereal alternative, to dark electronica.

Standout tracks to me were “Ministry of Doubt”, “Virtuous Circle”, and “I Want to Move Into Your House”.

“Ministry of Doubt” starts with a gently plucked guitar and melody reminiscent of Simon and Garfunkel. As the song adds more instruments to the track, though, it becomes infinitely more whimsical and melancholic as its lyrics muse on the humor and inevitability of isolation: a song that wouldn’t be out of place in a Wes Anderson soundtrack.

“Virtuous Circle” is a song overflowing with pain. Front and center of the song is a strong drum beat and fast piano to build a sense of urgency, while Klassen’s quiet vocals sound especially exhausted. He is desperate in this track to communicate to the user that he is tired of the vicious cycle of the world and wishes to be “recycled” to a world with a virtuous circle.

Finally, “I Want to Move Into Your House” is just utterly delightful. This track is particularly notable for using a xylophone to great effect. The song is full of a bounce and charm as Klassen excellently translates how inspiring their friend or lover is: enough so they want to see them every day. As the first line of the song says “Down in the valley in the shadow of doldrums, I find you painting the walls,” it continues with even more examples of why Klassen wants to share his every waking moment with this person. Frankly, he makes such a good argument I feel convinced I want to move into this person’s house myself.